Sophie Thalmann Net Worth: Sophie Thalmann is a French model and television presenter who has a net worth of $16 million. Sophie Thalmann was born in Bar-le-Duc, Meuse, France in May 1976. She studied at the European Institute of Cinema and Audiovisual. Sophie won the title of Miss Meuse in 1996 at 20 years old.

She also was first runner-up for Miss Lorraine, but won it the next year. In 1998 Thalmann became the 69th Miss France. She traveled around France and appeared on television programs. In 1998 she first appeared on television as herself in the series Fort Boyard and Une famille en or. In 1999 she started co-hosting Telefoot and did so for three seasons. She co-hosted Y'as pas photo, Les Petits Princes, Combien ca coute?, Le betisier du sport, Vous pouvez repeter la question?, Le matin de Diane, Sophie club, J'ai aime un cheval, and Ch'val dire a Sophie. She has also hosted radio programs and authored five books. Sophie married Christophe Soumillon in 2006 and the couple has two children together. 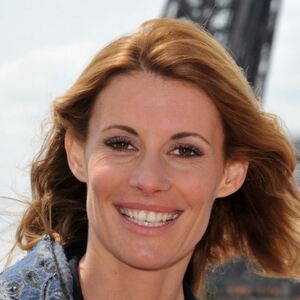