Sophie Dee net worth: Sophie Dee is a Welsh actress who has a net worth of $3 million. Sophie Dee was born in Carmarthen, South Wales, United Kingdom in January 1984. Sophie was a stripper and lap dancer in Birmingham when she landed a topless modelling job. Dee worked as a Page Three girl before moving to California to start her adult film career.

She would go on to appear in more than 450 films. She has also appeared in mainstream productions including the independent horror films Theater of Derange and Unmimely Demise. Dee launched the mainstream movie review website ToplessMovieReviews.com in 2011. In 2014 she appeared in the music video "Unicorn Zombie Apocalypse" by Borgore & Sikdope which also featured actors Shannen Doherty and Zack Ward. She has also appeared in the Fox sitcom New Girl and the 2014 movie A Haunted House 2. Dee won Urban X Awards in 2011 for Interracial Star of the year and Best Three-Way Sex Scene. She also won a Juliland Award in 2014. 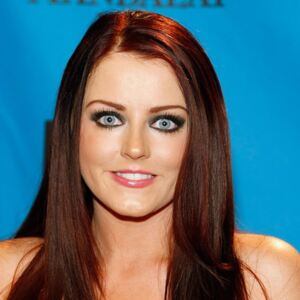