How much is Sophie Anderton Worth?

Sophie Anderton net worth: Sophie Anderton is an English model and reality television personality who has a net worth of $10 million. Sophie Anderton was born in Bristol, England and began modeling when she was 16 years old. She became a household name after appearing in a controversial Herb Ritts' photographed ad campaign in Gossard Glossies. The ad received a record number of complaints at the Advertising Standards Authority offices. None of the complaints were upheld, however. In addition to that ad campaign, she has also appeared in campaigns for British Berries, Maxim, Peacocks, and La Senza. She is most widely recognized for her reality television appearances on such shows as, "I'm a Celebrity… Get Me Out of Here!", "Simply the Best", "Fear Factor", "Love Island", and the 12th season of "Celebrity Big Brother". She was also slated to appear on "Cirque du Celebrite", but had to bow out after being injured. 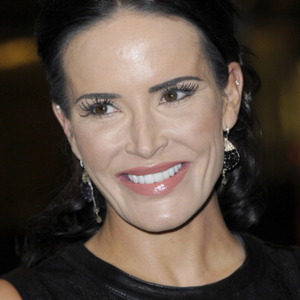