What is Sonja Morgan's net worth?

Sonja Morgan is an American socialite, former model, film producer, entrepreneur, and reality television star who has a net worth of $8 million. Sonja Morgan is most famous for being one of the stars of Bravo's reality show "The Real Housewives of New York" and for her toaster oven food recipes.

Sonja Tremont was born on November 25, 1963, in Albany, New York. She attended the Fashion Institute of Technology where she earned a bachelor's degree in marketing. She modeled in Paris and Milan.

Sonja met her ex-husband, John Adams Morgan, in the late 90s' while she was working as a hostess at the New York City Italian restaurant San Pietro. After running into each other again in Aspen, they had dinner together, and later that night, he proposed to her. They were married a few months later in 1998.

John Adams Morgan's father,  Henry Sturgis Morgan, was the co-founder of Morgan Stanley and his great-grandfather was J. P. Morgan, founder of J.P. Morgan & Co.  John is 33 years older than Sonja and is a descendant of Presidents John Adams and John Quincy Adams. He competed at the 1952 Summer Olympics in Helsinki, where he won a gold medal in the 6-meter class with the boat Llanoria.

Their daughter, Quincy Adams Morgan, was born in October 2000 and attends the University of Pennsylvania. Sonja and John divorced in 2006.  Since the divorce, Sonja claims her ex-husband has not paid a $3 million divorce settlement and owes over $300 thousand dollars in child support. She also says John will not permit her to visit any of their co-owned properties.

Sonja's life motto is: "Live each day as if you have nothing to lose and everything to gain."

She's been called "the straw that stirs the drink."

Sonja Morgan is most famous for being part of the cast of  Bravo's The Real Housewives of New York. She joined the show in the third season on April 5, 2010, in the episode titled, "New Girl, Old Money." She is the fun-loving single mother on the show and is never afraid to perform a cabaret routine for the cameras. In addition to her work on The Real Housewives of New York, she also appeared on the hit Bravo reality series, Millionaire Matchmaker with Patti Stanger. On the show, she worked with Patti to revamp her dating life and find true love after dealing with the drama produced by her on-again, off-again relationship with Harry Dubin.

Sonja Morgan wrote a cookbook featuring toaster oven recipes and also had plans to release a Sonja Morgan branded toaster oven, but so far, nothing has come of that. Sonja has her fingers in many pies as she has also been writing a screenplay about her divorce and thinks it will be released as a book in the future, as well as a clothing line, jewelry line, and various other ventures that are all in the works. She has also recently launched a new clothing line that is being sold under the label, Sonja Morgan.

Sonja also created the popular Sonja in the City events to benefit her favorite charities, which include working with children, artists, the LGBTQIA+ community, and animals.

In October 2016 she made her Off-Broadway acting debut in Sex Tips for Straight Women from a Gay Man, in which Sonja was played the character of a sexually repressed teacher while still incorporating her own signature bawdy sense of humor that RHONY viewers expect from her. In 2018 Sonja continued to perform her comedy routines at Improv Asylum and Cabaret alongside her friend and fellow RHONY, Countess Luann.

Sonja Morgan makes $465,000 per episode for appearing on The Real Housewives of New York. 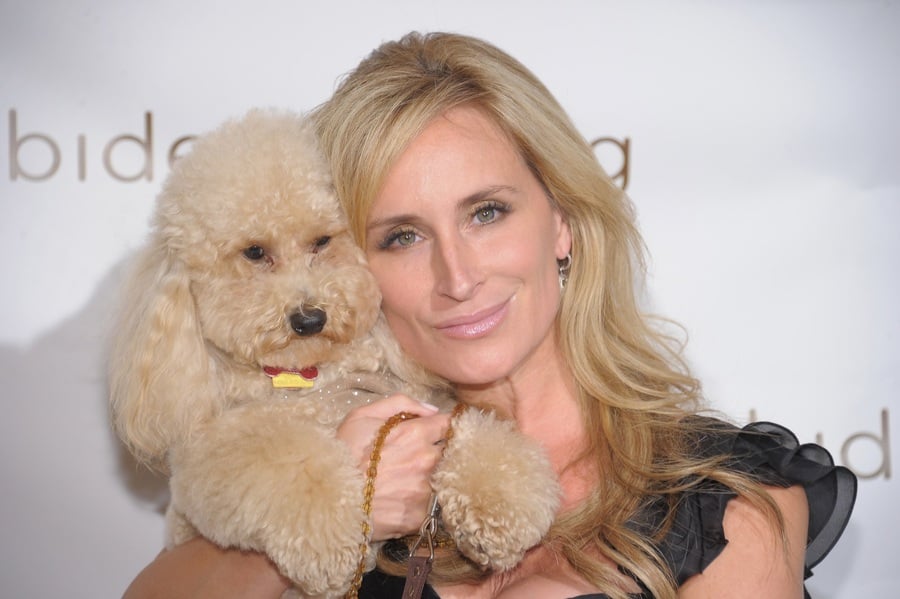 In November 2010, Sonja filed for Chapter 11 bankruptcy citing $13.5 million in assets and $19.8 million in debts. $7 million of that debt resulted from a court judgment against her movie production company.  The judgment concerned a failed movie project called "Fast Flash to Bang Time" which was supposed to star John Travolta. As of March 2013, the socialite still owned a $10 million NYC townhouse and an $8 million French Chateau in St. Tropez, both free and clear. On June 17, 2014, it was revealed that a trustee in the bankruptcy case had sold off the French Chateau for $5.7 million.

In 1998 Sonja and John Adams Morgan paid $9.1 million for a townhouse on Manhattan's Upper East Side. The five-story townhouse is located on a tree-lined street and has 4,650 square feet with five bedrooms, five and a half bathrooms, an elevator, and five fireplaces. Morgan's first floor features hardwood floors and a living room with an office area opening to the ground floor garden. The second floor holds the dining room and a small library. The second-floor kitchen is near the dining room and has mahogany cabinetry, green granite countertops, and a tall row of windows overlooking the backyard. The third floor is the master suite featuring a private sitting room and study, soaking tub and separate shower, and walk-in closets. The fourth floor has a bedroom, gym, a small kitchenette, and two sets of French doors opening to a terrace. The fifth floor has two additional bedrooms with walk-in closets. 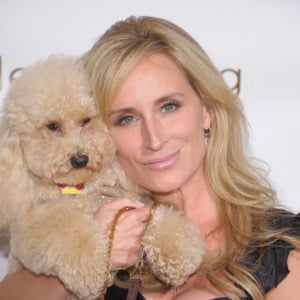