Song Ji-hyo net worth: Song Ji-hyo is a South Korean actress and model who has a net worth of $12 million. Song Ji-hyo was born in Pohang, North Gyeongsang, South Korea in August 1981. She has starred in the films Whispering Corridors: Wishing Stairs, Some, Sex Is Zero 2, A Frozen Flower, Late Blossom, Code Name: Jackal, New World, 708090, Super Express, and Wind Wind Wind. Song Ji-hyo has starred in the TV series Princess Hours, The Book of the Three Hans, The Fugitive of Joseon, Emergency Couple, Ex-Girlfriend Club, and My Wife's Having an Affair This Week. Song Ji-hyo was the only female member of the Korean variety show Running Man which earned her international acclaim. She has been nominated for several Baek Sang Art Awards. She also appeared in an episode of the TV series Entourage in 2016 and became the host of the beauty program Song Ji Hyo's Beauty View in 2017. 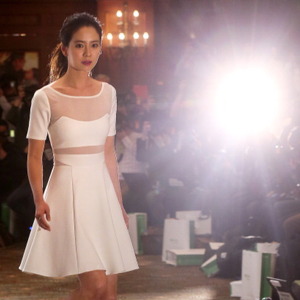