Somaya Reece net worth: Somaya Reece is an American singer and reality television star who has a net worth of $4 million. Somaya Reece acquired that wealth through an emerging career in music and as a model/actress. She gained her popularity through viral marketing, mostly on MySpace. At the peek of her Myspace popularity she was receiving over 5000 friend requests each day and her videos have been viewed 31 million times.

In January, 2011 Somaya Reece was recognized as a "Female Emcee You Need To Know" in XXL magazine. Her ethnicity is Salvadoran and her measurements are a voluptuous 40-28-46. She has appeared in high-profile campaigns for Ralph Lauren, DKNY, Colgate, Pepsi, Budweiser, and Coors Light. Reece is an original cast member of the reality television show Love & Hip Hop on VH1, and her other projects include her own clothing line & clothing store and the #1 fitness blog source for "A Realistic Approach To Fitness". As an actress, she has appeared in films like American Psycho (2002), The Scorpion King (2002), Ride or Die (2003), Miss Cast Away (2004), GB2525 (2008), The Girl From The Naked Eye (2009), Go For It (2009), and in the hit television shows on The UPN Network Girlfriends and HBO's hit series, Entourage. Somaya Reece has also worked with billboard charting producers such as Richy Pena, Cito On The Beat, Scoop Deville (Snoop Dogg, Murs, Cypress Hill, Baby Bash), K Mack Soul Diggaz (Missy Elliot),1500 or Nothin (Estelle, Game, T.I), Nifty Trick, The Pharmacy (Taryn Manning, Britney Spears) , and Qura Rankin AKA 007 Blaq (Christina Aguilera, Pink, PussyCat Dolls). 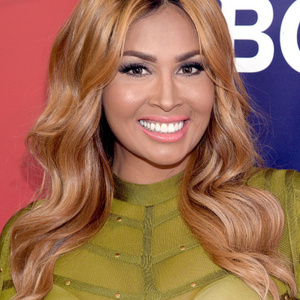