Soledad O'Brien Net Worth and Salary: Soledad O'Brien is an award-winning American journalist who has a net worth of $10 million. O'Brien rose to prominence as an anchor for CNN's "American Morning" in 2003. During her long career with CNN, she also anchored news programs such as "Starting Point." After leaving CNN, O'Brien set up her own multiplatform media production company called Starfish Media Group. She currently serves as the chairwoman of this company.

Outside of her work with CNN, O'Brien has also worked as a correspondent for other news companies, such as Al Jazeera America – a position she retains as of 2020. In addition, Soledad is known for her work as a correspondent on HBO's "Real Sports with Bryant Gumbel." Today, O'Brien is probably best known as the host of "Matter of Fact with Soledad O'Brien." Outside of her work in the news industry, Soledad is a member of the Peabody Awards board of directors.

Early Life: María de la Soledad Teresa O'Brien was born on September 19th of 1966 in St. James, New York. O'Brien was raised on the North Shore of Long Island by parents who were both immigrants when they met in Baltimore. Her father is Australian with Scottish and Irish heritage, while her mother is Cuban. Because interracial marriage was illegal at that time in Maryland, Soledad's parents were married in Washington, D.C. The couple then moved to Long Island, where Soledad was raised alongside five siblings.

After graduating from high school in 1984, O'Brien attended Radcliffe College. Today, Radcliffe College is considered a part of Harvard College, although it was traditionally the all-female counterpart of the Massachusetts-based university. Although she started off as a pre-med student who also studied English and American literature, Soledad eventually had a change of heart and went into journalism.

Career: After leaving college, Soledad took a job working at WBZ-TV, a CBS affiliate. She took on her first real job as a journalist much earlier while working as a medical reporter for a Boston-based radio station called WXKS-FM. She was hired because was studying medicine in college at the time.

Soledad's career took a major step forward when she became an associate producer and news writer at WBZ-TV. Although this station was an NBC affiliate, O'Brien "officially" joined NBC News in 1991 and relocated from Boston to New York. Her first duties involved acting as a field producer for "Nightly News" and "Weekend Today." She then moved to San Francisco, taking a job as a local reporter and bureau chief for another NBC affiliate. During this period, she became known for her reporting on "The Know Zone."

In 1996, O'Brien became the new host of "The Site," a tech-focused morning show on MSNBC that focused on developments within the dot-com boom. The show itself was also technologically-advanced, and Soledad with a digitally-created character called Dev Null, who was played by an actor in a motion-capture suit.

In 1999, Soledad returned to NBC News once again to host "Weekend Today" with David Bloom, a position she held until 2003. During this period, she also contributed to other NBC News programs such as "Today Show" and "NBC Nightly News." Soledad gained widespread recognition for her coverage of John F. Kennedy Jr.'s plane crash and school shootings in Oregon and Colorado.

In 2003, O'Brien left NBC for CNN and immediately began co-anchoring "American Morning." Because "American Morning" was CNN's flagship morning news show, Soledad instantly became a household name across America. By 2004, she was considered to be one of the most influential people in the world, according to various publications. She became especially well-known after covering Hurricane Katrina in 2005, and she interviewed FEMA head Michael Brown.

In 2012, O'Brien became the new anchor of "Starting Point." This came after "American Morning" was canceled and replaced with "Starting Point" and another program called "Early Start." By 2013, O'Brien announced that she was stepping down from her position as anchor at CNN after working out a deal with the network. She then started Starfish Media Group, and CNN provided non-exclusive rights to its documentaries.

In 2016, O'Brien returned to the spotlight, hosting "Matter of Fact with Soledad O'Brien." The show is produced by Hearst Television and is carried by FYI. From 2013 to 2016, Soledad took on a role as moderator of the show "National Geographic Bee," replacing Alex Trebek. In 2014, she taught classes at Harvard University. Throughout the next few years, Soledad also appeared occasionally on PBS News, filling in for Alison Stewart on "PBS NewsHour."

Relationships: In 1995, Soledad O'Brien married Bradford Raymond, an investment banker. Over the course of their relationship, they have had four children – including twins.

Salary: Soledad O'Brien currently earns a salary of $3 million per year through her production company Starfish Media Group. This company has signed a deal with Al Jazeera to produce a number of documentaries. This salary is also a reflection of her role as a host of "Matter of Fact with Soledad O'Brien." The show airs on the channel FYI, in which Soledad has a partial ownership stake.

Real Estate: In 2008, it was reported that O'Brien was selling her 4,000-square-foot loft in Manhattan for $4.6 million. She originally purchased the home four years prior, and Soledad stated that she was forced to shop for a new home after giving birth to twins – which was a surprise. 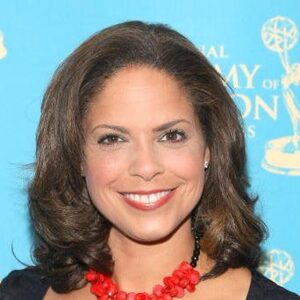