Early Life: Slavica Ecclestone, also known as Slavica Radic, was born in Rijeka, Croatia on June 2, 1958. Her parents, Jovi Radic and Ljubica Malic were from Serbian villages in Bosnia-Herzegovina. The family moved to Croatia (then Yugoslavia) shortly before Slavica's birth in search of better job opportunities. That didn't pan out and the family soon moved back to northern Bosnia to her father's village of Maglajani. Her parents divorced when she was seven.

Career: Slavica Ecclestone began her professional career as a model when she was a teenager. She appeared in various editorials, ad campaigns, and runway shows, working with designers including Giorgio Armani. While modeling for Armani in 1982, she was hired as part of a Formula One promotional event that was being produced in partnership with the fashion house at the Italian Grand Prix in Monza. It was at this event where the 24-year-old model met then 52-year-old Formula One mogul Bernie Ecclestone.

Personal Life: After meeting at the 1982 Italian Grand Prix, Bernie Ecclestone pursued Slavica relentlessly, ignoring the rather large issues of their language barrier — she spoke Serbo-Croatian and Italian, he only spoke English, their height difference –Slavica is 6'1, Bernie is 5'2 1/2, and their 28-year age difference. The couple married in 1985. She was Bernie Ecclestone's second wife.

Slavica and Bernie Ecclestone have two daughters, the socialites Tamara and Petra. Tamara Ecclestone was born on June 28, 1984. She is a model, socialite, television personality. She's married to Jay Rutland and the couple has one daughter, Sofia, who was born in 2014. Petra Ecclestone was born on December 19, 1988. She is a model, fashion designer, and socialite. She married  James Stunt in 2011. She gave birth to their first child, daughter Lavinia Stunt, in February 2013. In April 2015 she gave birth to twin boys, James Robert Fredrick Stunt Jr., and Andrew Kulbir Stunt. They divorced in 2017.

Divorce Settlement: In November 2008 Slavica filed for divorce after 23 years of marriage. The divorce was final in 2009. Their divorce made headlines worldwide as the couple divvied up the Formula One fortune. Ultimately, Slavica walked away from her marriage with a $1.2 billion divorce settlement. It is one of the most expensive divorces of all time.

Salary Highlights: Since Slavica and Bernie divorced, he has received more than half a billion dollars from his ex-wife's trust fund. It is a very unusual settlement. Rather than the billionaire paying off his ex, she seems to be paying him roughly $100 million a year. The unusual structure of his divorce settlement isn't that surprising, given how his finances are structured. In the late 1990s, Ecclestone's assets were transferred into Slavica's name when he was suffering from serious heart problems. He had a triple bypass in 1999. If he had died, the inheritance he would have left his daughters would have been subjected to British death duties at the rate of 40%. So, while Ecclestone has a net worth in the billions, his ex-wife technically holds the deeds and pink slips on a number of his assets, and as such, looked like she was the wealthier person to the courts and is required to pay her billionaire ex $100 million per year. 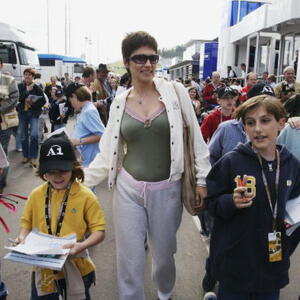