Skin Diamond net worth: Skin Diamond is an American actress, singer, model, and former pornographic actress who has a net worth of $800 thousand. Skin Diamond was born in Ventura, California in February 1987. She now uses the name Raylin Joy. She started out as an alternative model and was on the cover of Bizarre magazine in 2009.

That same year she entered the adult film industry and has more than 230 acting credits to her name. She was included on CNBC's The Dirty Dozen: Porn's Most Popular Stars list in 2014 and was Penthouse Pet of the Year Runner-up in 2015. She starred in the Showtime television series Submission after retiring from doing X-rated scenes. Skin Diamond won an Urban X Award in 2012 for Female Performer of the Year and an XBIZ Award in 2013 for Best Supporting Actress. In 2014 she won a pair of AVN Awards including Best Oral Sex Scene. 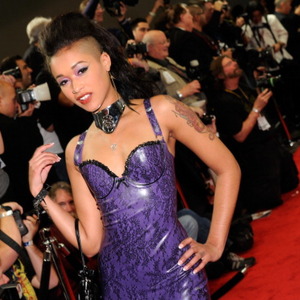