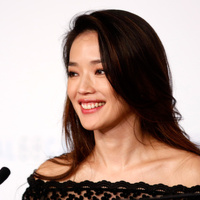 Shu Qi net worth: Shu Qi is a Taiwanese actress and model who has a net worth of $20 million dollars. Shu Qi was born in Xindian District, New Taipei City, Taiwan, and moved to Hong Kong when she was in her late teens. She began her professional career in the softcore porn industry. Throughout the mid-90s, she modeled for such magazines as Penthouse and Playboy, and appeared in several softcore film projects including, "Street Angels" and "Sex & Zen II". She made the transition to mainstream films after a critically acclaimed performance in the film, "Viva Erotica" in 1996. Since then, she has appeared in such projects as "The Storm Riders", "A Man Called Hero", "Gorgeous", "Born to Be King", and "Millennium Mambo". In 2002, she became known internationally, when she co-starred in the English-language action film, "The Transporter". She has continued to appear in both international and domestic film projects, recently winning the Golden Horse Award for Best Actress in Hong Kong. She is also the spokesperson for a number of international brands, including Emporio Armani and Shiatzy Chen.