How much is Shiva Safai Worth?

Shiva Safai net worth: Shiva Safai is an Iranian American model, businesswoman, and reality television personality who has a net worth of $10 million. Shiva Safai was born in Iran. She was raised in Norway and moved to Los Angeles, California at 19 years old. Safai is best known for starring on the E! reality television series Second Wives Club since 2017. Shiva is married to real estate developer Mohamed Hadid who is more than 30 years older than her.

Mohamed Hadid was born in Palestine but moved to the United States as a child with his family. Mohamed Hadid has gained fame recently as the ex-husband of Real Housewives of Beverly Hills star Yolanda Hadid Foster. Mohamed is also famous for owning a $60 million Beverly Hills mansion called The Crescent Palace. The 48,000 square foot Crescent Palace is located on an acre of the most exclusive land in the world, right next to The Beverly Hills Hotel. The house features 11 bedrooms, a library, an art gallery, a 3800 square foot roof garden, 5000 bottle wine cellar, 40 person movie theater and much more. Today Mohamed has a personal net worth of $400 million. 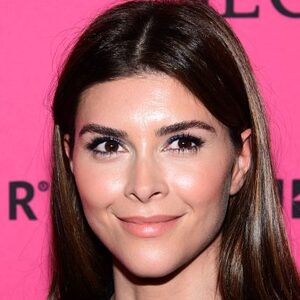