Sheri Moon Zombie net worth: Sheri Moon Zombie is an American actress, model, dancer, and fashion designer who has a net worth of $5 million. She is probably most-famous for being married to musician Rob Zombie. She has been described as a scream queen. She was born Sheri Lyn Skurkis.

As an actress Moon has starred in the films House of 1000 Corpses, Toolbox Murders, The Devil's Rejects, Grindhouse, Halloween, Halloween II, The Lords of Salem, and 31. She has also appeared in episodes of the TV series Californication and CSI: Miami. Moon served as executive producer for the shorts Total Skull and Total Skull Halloween in 2011. She won a Scream Award and a Fangoria Chainsaw Award in 2006 for The Devil's Rejects. Moon also won an Eyegore Award in 2007. She has also starred in eleven of Rob Zombie's music videos and four from his band White Zombie. 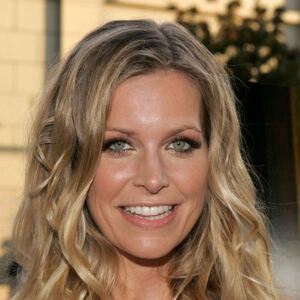