Shelley Hack net worth: Shelley Hack is an American model, actress, producer, and advisor who has a net worth of $20 million. Shelley Hack was born in White Plains, New York in June 1947. One of her best known roles came starring as Tiffany Welles in the television series Charlie's Angels from 1979 to 1980. Hack starred as Dr. Beth Gilbert in the TV series Cutter to Houston in 1983. From 1986 to 1987 she starred as Jackie Shea in the series Jack and Mike. Hack starred in the movies Annie Hall, Time After Time, The King of Comedy, The Stepfather, The Finishing Touch, and Me, Myself & I. In 1978 she was nominated for a Stinker Award for Worst On-Screen Couple with Joseph Brooks for If Ever I See You Again. Outside of acting Shelley is perhaps most-famous for being the face of Revlon's "Charlie" perfume in many ads throughout the 1970s and early 80s.

Personal Life and Real Etsate: Shelley has been married to director/producer Harry Winer since 1990. 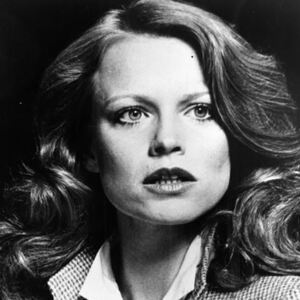