Shay Buckeey Johnson net worth: Shay "Buckeey" Johnson is an American reality television star and music video vixen who has a net worth of $400 thousand. Shay Johnson first came to prominence as a cast member on the second season of reality dating show Flavor of Love 2 where she was vying for the heart of rapper Flavor Flav.

Prior to finding fame in the world of reality television, Shay was an active music video model appearing alongside rappers like TI, Fabolous, Cee Lo and more. She has also graced the covers of several men's magazines such as Giant, King and BlackMen's magazine. Shay has stayed busy on the reality television circuit, appearing in shows like Vh1's Charm School and has served as a guest host on several radio shows. Most recently, Shay has been the subject of the reality show Love & Hip Hop Atlanta where she is was vying for the affection of rapper Lil Scrappy. Scrappy would go on to propose to his baby mama Erica Dixon. Shay Buckeey Johsnon is 5 foot 4 inches tall, 125 pounds and has brown eyes. 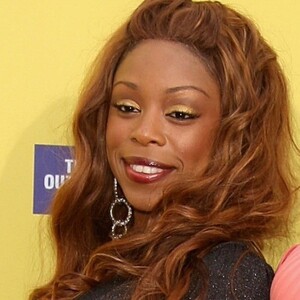