Shannon Tweed Net Worth: Shannon Tweed is a Canadian actress and model who has a net worth of $50 million. Obviously it should be noted that Shannon's independent net worth is difficult to peg since she is married to ultra-wealthy rock star Gene Simmons. With community property her net worth could conceivably be hundreds of millions of dollars if they ever separated.

Early Life: Tweed was born in St. John's, Newfoundland, Canada, on March 10, 1957. She is the daughter of Donald Keith Tweed, a mink rancher, and Louise Wall Tweed. One of seven children, she was raised on a mink ranch in Markland. Her father fell into a coma after a car crash, after which Louise Tweed moved with her children to her mother's home in Saskatoon, Saskatchewan. The family survived on welfare while their mother studied nursing.

Career: Shannon Tweed began her career as a model and appeared in several beauty pageants at age 20 following breast augmentation surgery. She got third runner up at the Miss Ottawa competition in 1978 and won the Miss Canada talent competition for her singing. After the Canadian wish-fulfillment show "Thrill of a Lifetime" arranged for her to pose for Playboy magazine, Tweed became a "Playboy" Playmate of the Month. She moved into the Playboy Mansion with Hugh Hefner for more than a year, and met her future husband, musician Gene Simmons, while at the estate. Tweed's alleged drug use got her booted from Hefner's mansion.

She built a successful acting career, with appearances in "1st and Ten", "Frasier" and "Days of our Lives". Tweed has been in more than 60 movies, including "Hot Dog…The Movie", "Detroit Rock City", which was produced by Simmons, "Night Eyes 3", and "Dead by Dawn". Tweed appeared on the primetime soap opera "Falcon Crest." She also appeared in an episode of "The Dukes of Hazzard" and "Married..with Children." She landed a year-long role in 1985 on "Days of Our Lives," playing Savannah Wilder. Tweed also lent her voice to the Nickelodeon kids' program "SpongeBob SquarePants" in the episode "20,000 Patties Under the Sea," which also featured her husband Gene Simmons as a guest. 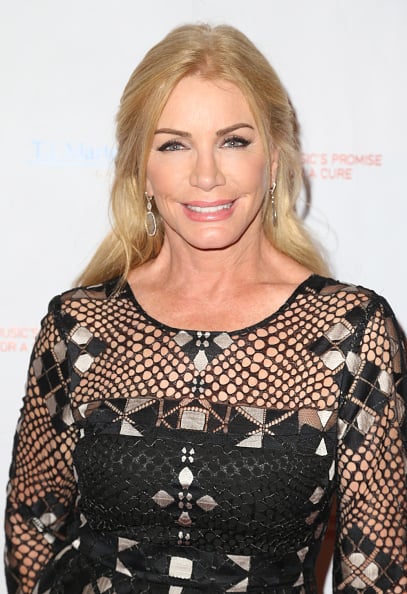 The first major theatrical film she appeared in was the horror film "Of Unknown Origin" in 1983. In 1999, she and her sister Tracy (also an actress) co-starred in the film "Night Eyes 3." Tweed has earned a reputation as one of the most successful actresses of mainstream erotica. From 2006-2012, Tweed was featured, along with her family, on the reality series "Gene Simmons Family Jewels." A highlight of the show was Simmons' proposal to her and their subsequent wedding at the Beverly Hills Hotel in Beverly Hills California. An episode of the series in 2010 was taped in Tweed's former hometown of Saskatoon. Tweed also serves as the narrator of the reality show "Ex-Wives of Rock." She continues to appear in many low-budget, erotic thrillers and adventure films. She is often called a "B Movie Queen."

Personal Life: During Tweed's 14-month residency at the Playboy Mansion, she was Playboy founder Hugh Hefner's partner, a relationship which coincided with her Playmate appearances and being named 1982 Playmate of the Year. The Mansion was the location of her first meeting with future spouse Gene Simmers. She and Kiss rockstar Gene Simmons moved in together in 1983 and were married in 2011 after dating for nearly three decades. They tied the knot in front of the cameras from their reality show "Gene Simmons Family Jewels", which ran from 2006 until 2012. Tweed and Simmons have two children together, a son named Nicolas (b. 1989) and a daughter Sophie (b.1992). In 2010, the Saskatoon City Council agreed to name a road after her, with the naming of Tweed Lane in Rosewood.

Real Estate: In 1986, Gene bought a property in Beverly Hills for $1,327,500, which is the same as $3.1 million today after adjusting for inflation. Several years later Gene and Shannon began a 5-year construction project that cost a reported $12 million to build the current 10-bedroom, 16,500 square-foot home that was seen frequently on the family's reality show. In October 2020 Gene and Shannon listed this mansion for sale for $22 million.

Gene and Shannon are reportedly looking to sell so they can move full-time to a recently-acquired 24-acre estate near Mount Rainier in Washington. 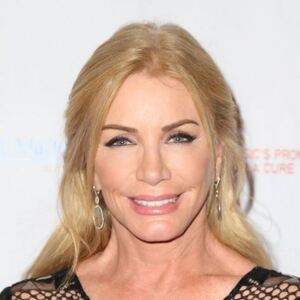