Shangela also competed on the third season of RuPaul's Drag Race: All Stars. As an actress he appeared in the films R.I.P.D, Kiss Me, Kill Me, Hurricane Bianca, Hurricane Bianca 2: From Russia with Hate, and A Star Is Born. Shangela has also appeared in episodes of the TV series Detroit 1-8-7, Dance Moms, Community, Toddlers & Tiaras, The Soup, The Mentalist, 2 Broke Girls, Glee, The Bold and the Beautiful, Bones, The X-Files, and more. He was featured on the single "Kitty Girl" by RuPaul featuring BeBe Zahara Benet, Kennedy Davenport, and Trixie Mattel which reached #18 on the US Dance chart. 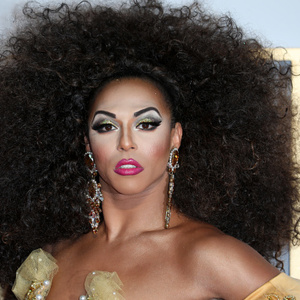