Seka net worth: Seka is an American retired adult film actress who has a net worth of $800 thousand. Seka was born in Radford, Virginia in April 1954. She acted in adult films from 1977 to 1993 and was known as the "Platinum Princess" of the adult world. Her name came from a female blackjack dealer in Las Vegas.

Seka has hosted a radio show and operated her own website. Her autobiography "Inside Seka" was published in 2015. She has appeared on several talk shows hosted by Oprah Winfrey, Larry King, Montel Williams, Morton Downey, Jr., Phil Donahue, Alan Thicke, and more and appeared on Saturday Night Live. Seka has been inducted into both the AVN and X-Rated Critics Organization Halls of Fame. In 1988 she was nominated for an AVN Award for Best Actress for Careful, He May Be Watching. She has been married three times are formerly dated comedian Sam Kinison during the 1980s. 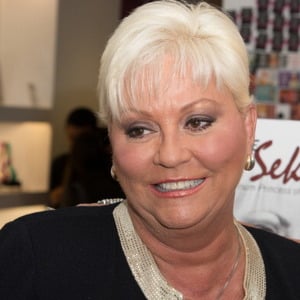