Savannah is the daughter of Todd Chrisley and Julie Chrisley. She is a beauty pageant competitor as well. Savannah Chrisley has a big social media following with about two million followers on Instagram. Chrisley Knows Best was nominated for a Critics Choice Television Award in 2016 for Best Unstructured reality Show. Savannah Chrisley has also appeared on episodes of the TV series The View, Today, Steve Harvey, The Real, E! Live from the red Carpet, Royal Pains, Wendy: The Wendy Williams Show, Home & Family, Steve, Strahan & Sara, and more. She also appeared in the TV movie Sharknado 4: The 4th Awakens. 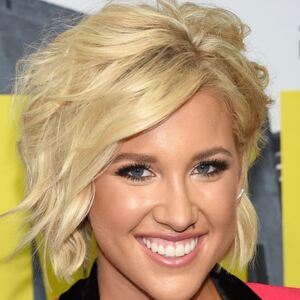