Sarah Stage net worth: Sarah Stage is an American model who has a net worth of $500 thousand dollars. Born in Burbank, California, Sarah Stage began her modeling career just after finishing high school, when she attended an open call at the Wilhelmina Agency. She was signed immediately, and has not stopped working since. She has appeared in advertisements for such companies as CopaWear International, Rockstar Energy Drink, Hustler Lingerie, DeMarco, Jockey, Skechers, Sunsets Swimwear, Zanetti, and Anchor Blue. She has also appeared on various magazine covers, including Karma and Unleash'd, and had a featured spread in Playboy. Sarah made headlines when she sued Playboy for unpaid and back wages. When she appeared in the magazine she was supposed to be paid $15,000 but Playboy delayed paying her. She was seeking $225,000 in back wages, interest and penalties. Sarah Stage also appeared on the red carpet with Sacha Baron Cohen when the comedian infamously dumped ashes on Ryan Seacrest as part of a promotion for his movie The Dictator. 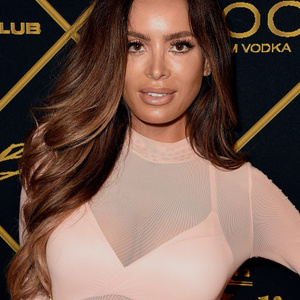