Sarah Murdoch net worth: Sarah Murdoch is a British Australian model, actress, and television personality who has a net worth of $100 million. She is best known for hosting Australia's Next Top Model and for being married to billionaire Fox News heir Lachlan Murdoch.

Sarah Murdoch was born in Croydon, South London, England in May 1972. She married Lachlan Murdoch in 1999. She started modeling at the age of 17 and moved to Paris. Murdoch has modeled for Karl Lagerfeld, Chanel, Oscar de la Renta, L'Oréal, Ralph Lauren, Revlon, Yves Saint Laurent, Estee Lauder, and more. She has been on the cover of magazines including Elle, Vogue, GQ, Glamour, Marie Claire, and more. Sarah Murdoch hosted the reality television series Australia's Next Top Model from 2007 to 2011. She appeared on the TV series Today from 2006 to 2012 and the series The 7PM Project from 2011 to 2012. Murdoch was also an executive producer of the series Australia's Next Top Model.

Sarah Murdoch married Lachlan Murdoch in 1999. In 2019 the couple made headlines when they paid $150 million for a mansion in Los Angeles. 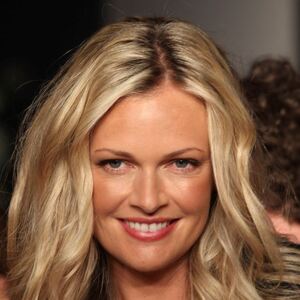