Sara Sampaio net worth: Sara Sampaio is a Portuguese model and actress who has a net worth of $10 million. Sara Sampaio was born in Porto, Portugal in July 1991. She has been a Victoria's Secret Angel as well as a beauty ambassador for Giorgio Armani. Sampaio was the first Portuguese supermodel to appear in the Sports Illustrated Swimsuit Issue in2 014 and has also worked for Calzedonia.

She has appeared in several magazines including Elle, GQ, Glamour, and Vogue. Sara Sampaio won Portuguese Golden Globe Awards in 2011, 2012, 2014, 2015, and 2016 for being the Best Female Model. As an actress she appeared in the films The Clapper and Carga. She has also appeared in episodes of the TV series Billions and Love Advent and in the video shorts Kanye West: Wolves and David Guetta feat. Justin Bieber: 2U – Victoria's Secret Version. In 2019 Sara Sampaio was nominated for a  CinEuphoria Award for Best Ensemble – National Competition for Carga. 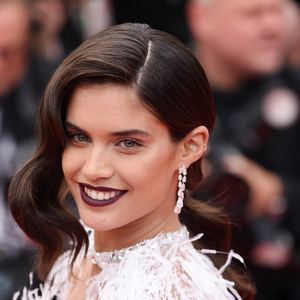