What Is Sara Jean Underwood's Net Worth?

Sara Jean Underwood is an American model, actress and social media star who has a net worth of $5 million. As of this writing she has more than 9 million followers on Instagram alone. Sara Jean Underwood was Playboy Playmate of the Year in 2007

In addition to her appearances in Playboy, she has also hosted "Attack of the Show" and appeared on MTV's "Ridiculousness". She has also appeared on "The Girls Next Door" multiple times, and played supporting roles in the films "Epic Movie", "The House Bunny", and "The Telling", among other projects. She also plays for VictoryPoker.net's poker team, and models for the company.

Sara Jean Underwood was born on March 26, 1984 in Portland, Oregon. As a teen, she went to Scappoose High School, from which she graduated in 2002. Underwood went on to study at Oregon State University and Portland State University. For a while, she assisted in sales of heavy construction equipment and worked at a Hooters restaurant in Beaverton.

Underwood began her career as a model. In 2005, she made her first appearance in Playboy magazine as part of the Girls of the Pac-10 pictorial, in which she was featured with an Oregon State Beavers football jersey and bikini briefs painted onto her body. The following year, Underwood was named Playmate of the Month for July. In 2007, she became Playmate of the Year, an honor that also earned her a new Mini Cooper S convertible.

In 2005, Underwood appeared on the E! reality television series "The Girls Next Door," which focused on the lives of Hugh Hefner's girlfriends at the Playboy Mansion. Later, in 2009, she competed in the eighth competition of the Japanese women's obstacle course series "Kunoichi." After winning the first stage heat, she lost the second stage. Among her other television credits, Underwood appeared in an episode of the reality series "Bridget's Sexiest Beaches," a show by fellow Playmate Bridget Marquardt, and appeared in the second season of MTV's comedy clip show "Ridiculousness."

Underwood's biggest television gig was as a co-host of the G4 series "Attack of the Show!," a live pop culture program featuring segments on movies, video games, and more. Underwood began co-hosting the show in 2009 as a substitute for host Olivia Munn, who was on vacation. She later co-hosted episodes in 2010 as well. 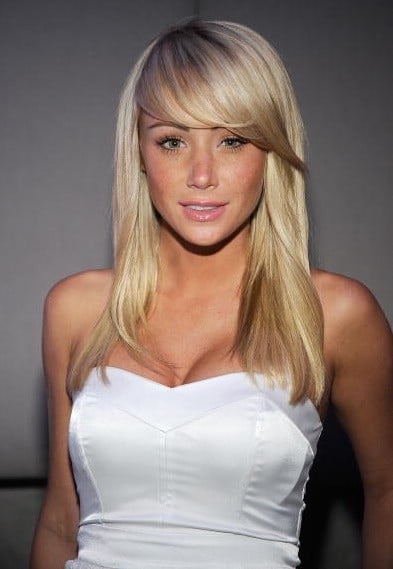 On the big screen, Underwood made her debut in an uncredited role in the 2006 comedy "Accepted," starring Justin Long, Blake Lively, and Jonah Hill. The following year, she appeared in her first credited role as a pirate wench in the parody film "Epic Movie," which also featured fellow Playmates Irina Voronina, Qiana Chase, and Jillian Grace. Underwood subsequently appeared alongside various other Playmates in the 2008 comedy "The House Bunny," including Bridget Marquardt, Kendra Wilkinson, and Lauren Michelle Hill.

In 2009, Underwood appeared as herself alongside Hugh Hefner in the comedy "Miss March." The same year, she made an appearance in the horror film "The Telling," starring Playmates Bridget Marquardt and Holly Madison. Most of the filming took place at the Playboy Mansion and the Hollywood Castle. In 2014, Underwood had her first leading role on film in the horror thriller "Deadly Weekend."

Sara Jean dated Ryan Seacrest on and off again for two years.

She subsequently dated Roberto Martinez, a contestant from season six of the reality television series "The Bachelorette."

Later, Underwood began a relationship with designer Jacob Witzling, whose series of whimsical cabins she was interested in doing a photoshoot with. The pair had a YouTube channel on which they posted videos of the process of building the cabins. 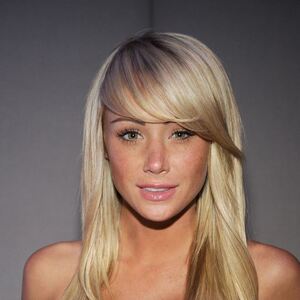