Sara Jay net worth: Sara Jay is an American adult film star who has a net worth of $500 thousand. Sara Jay is known for being an especially curvaceous and busty adult star. Her measurements are 41-27-41 with 36E breasts and a weight of 150 pounds.

She was born on November 17, 1977. Sara Jay entered the adult industry as soon as she turned 18. At the time shew as living in, and exotic dancing throughout, her home state of Ohio and around the midwest. At 23, Sara made the big move from Ohio to Las Vegas where she continued her career as a dancer and started performing in photo and video shoots. During her career Sara Jay has appeared in more than 300 adult films. 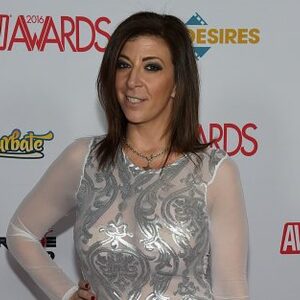