Samantha Hoopes net worth: Samantha Hoopes is an American model who has a net worth of $5 million. Samantha Hoopes was born in Doylestown, Pennsylvania in February 1991. She is best known for appearing in Sports Illustrated's 50th Anniversary Swimsuit Issue in 2014. Hoopes studied modeling and acting at the Barbizon Performing Arts Academy and then attended Penn State University.

She is signed with Elite LA and Select Model Management London. Hoopes is a fashion model for Guess and Levi's Jeans. She posed in Maxim Magazine in 2014 and was ranked #18 on Maxim's 100 Hottest in 2014. She competed in the Sports Illustrated Beach Volleyball tournament in 2014. Hoopes is 5'8″ with blonde hair and hazel eyes and has measurements of 34-24-34. 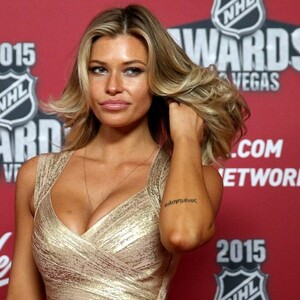