Saaphyri Windsor Net Worth: Saaphyri Windsor is an American reality television contestant, actress and hairstylist who has a net worth of $150 thousand dollars. Born October 31, 1978 in Los Angeles, California, she is also known as Wanda Scott. She is best known for appearing on reality show Flavor of Love 2 (second season) in which American rapper Flavor Flav brings female contestants into his mansion to compete for his love.

Shortly after entering the house, Saaphyri and H-Town were involved in an altercation when Saaphryi felt H-Town stole the bed Saaphyri had claimed for herself. Flavor Flav listened to both sides of the story and reviewed tapes containing footage of the fight. He ultimately decided that Windsor initiated the fight and eliminated her from the competition. Windsor's tough, temperamental and strong-willed personality has been attributed to being allegedly left to fend for herself after her father's death when she was just a teenager. After her stint on Flavor of Love 2, Saaphyri rose to fame as the winner of the reality etiquette show, Charm School. Afterward, she launched a unisex lip balm called Saaphyri's Lip Chap. Her other television appearances between 2006 and 2014 include The Tyra Banks Show, Comedy Central Roast of Flavor Flav, Flavor of Love (Season 3), 20 Greatest Celebreality Fights, I Love Money 2, Botched and others. In January 2009, Saaphyri was sentenced to three years in prison after failing to show up for a November 2005 court date. She was charged with unauthorized use of her uncle's identity and served 22 months. She was released from prison in August 2010. 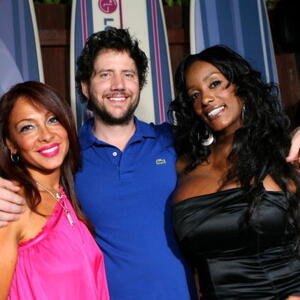