Rylan Clark Net Worth: Rylan Clark is a British presenter, television personality, singer, and model who has a net worth of $6 million. Rylan Clark was born in Stanford-le-Hope, Essex, England in October 1988. Clark is best known for finishing 5th on the ninth season of the reality TV series The X Factor in 2012 and for winning the reality series Celebrity Big Brother in 2013.

Clark was named a new co-host for Channel 5's Big Brother's Bit on the Side in 2013. He has also had presenting roles on the ITV Breakfast program Daybreak and on the TV series This Morning. In September 2014 Rylan became engaged to Big Brother contestant Dan Neal. Clark has been a part-time model since he was 16 years old. In 2011 he was a finalist on the Sky Living modeling competition Signed by Katie Price. Clark has also appeared on the TV series Celebrity Juice, 8 Out of 10 Cats, Sweat the Small Stuff, All Star Family Fortunes, Tipping Point: Lucky Stars, Never Mind the Buzzcocks, Fake Reaction, and Stella. 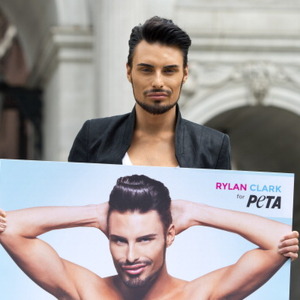