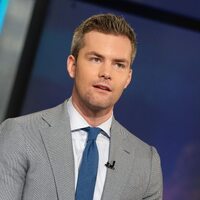 What is Ryan Serhant's Net Worth?

Ryan Serhant is an American actor, real estate agent, reality star, and author who has a net worth of $40 million. Ryan Serhant began his professional career as an actor, appearing as Evan Walsh on 19 episodes of the popular soap opera "As the World Turns" from 2007 to 2008. He later shifted his focus to real estate and was ranked the 15th most successful real estate broker in New York by "The Real Deal" magazine in 2012. Ryan began starring on Bravo's "Million Dollar Listing New York" in 2012, and the network gave him the spin-off "Sell it Like Serhant" in 2018, the same year he founded Serhant Media Group. His real estate sales course, "Sell It Like Serhant: The Course," was earning more than $100,000 a day when it launched in 2019, making it the most commercially successful real estate course of all time. In 2020, Ryan opened his own real estate firm, SERHANT, and he has published the books "Sell It Like Serhant: How to Sell More, Earn More, and Become the Ultimate Sales Machine" (2018) and "Big Money Energy" (2021).

Ryan Serhant was born Ryan Matthew Serhant on July 2, 1984, in Houston, Texas. He grew up in Topsfield, Massachusetts, and his father, the Vice Chairman of State Street Global Advisors, taught Ryan and his younger brother, Jack, the importance of hard work when he paid the boys $1.50 an hour to collect firewood, then let them sell it to their neighbors. Serhant studied at the Pingree School and spent many summers in Steamboat Springs, Colorado, where he attended Perry-Mansfield Performing Arts School & Camp. After high school, he enrolled at Hamilton College and joined the Delta Kappa Epsilon fraternity, graduating with degrees in theatre and English literature in 2006. Ryan then moved to New York City to pursue an acting career and paid his rent by taking part in stock photo shoots. He landed a role on "As the World Turns" in 2007, but after his career slowed down, he began working as a hand model, then decided to try real estate.

Serhant began his career in real estate just after the collapse of the subprime mortgage industry in 2008, and he only earned $9,000 during his first year. Luckily for Ryan, things picked up after another year of hard work, and he sold an $8.5 million property. He later became managing director and executive vice president of Nest Seekers International, the company that he'd been working for since 2008. In 2012, Ryan launched the Serhant Team, a brokerage group that had more than 60 employees in New York City, Los Angeles, Miami, New Jersey, and the Hamptons. According to Serhant's official website, "The Serhant Team has done over $4 billion in sales, has sold more than 80 new development projects across New York, Los Angeles, and Miami, and has broken price-per-square-foot records across the city." In the fall of 2020, Ryan opened the real estate firm SERHANT, and some of the firm's big sales include a $33 million Miami penthouse and a $69 million home on NYC's Madison Avenue. 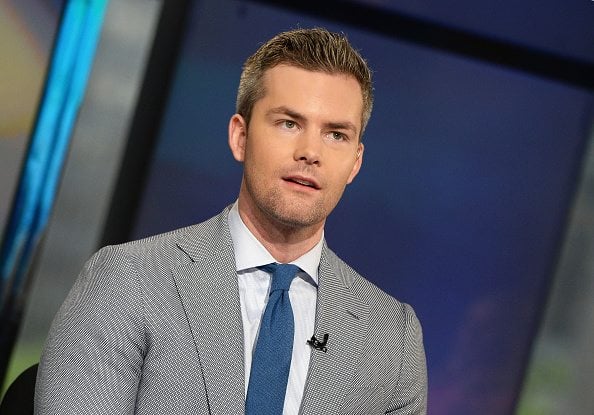 Besides "As the World Turns," Serhant's acting work also includes the films "Withdrawal" (2010) and "While We're Young" (2015) and the television series "The Mysteries of Laura" (2015) and "Inside Amy Schumer" (2016). He auditioned for Bravo's "Million Dollar Listing New York" in 2010, and it began airing in March 2012, featuring Ryan and fellow real estate agents Michael Lorber and Fredrik Eklund as they tried to close exclusive deals across New York. In 2018, Serhant created the spin-off "Sell It Like Serhant," which he also produces, and he hosted, produced, and directed the 2013 web series "Realty Byte with Ryan Serhant." Ryan has been a guest on "Today" and "Watch What Happens: Live" several times, and he has appeared on "Ca$h Cab," "On the Money," and "Larry King Now."

In September 2014, Ryan proposed to lawyer Emilia Bechrakis after shutting down Times Square for an hour. The couple wed in Greece on July 7, 2016, and the four-part series "Million Dollar Listing New York: Ryan's Wedding" aired in the fall. The couple has one daughter, Zena, who was born on February 26, 2019, and on season seven of "Million Dollar Listing New York," they shared their IVF journey with viewers.