Rosie Jones net worth: Rosie Jones is an English glamour model who has a net worth of $1.5 million dollars. She was born in Middlesex, England, on July 19, 1990. Rosie Jones graduated from high school with exceptional grades, but chose to focus on her professional career rather than attend college. She began modeling right after finishing high school, managed by Samantha Bond Management.

Rosie started doing slightly racier modeling work after she turned eighteen. She quickly became a popular "Page Three" girl. From there, she went on to appear in spreads for such publications as FHM, Loaded, Nuts, and Front, among other magazines. She set a Guinness World Record, by taking off and putting on the most bras of anyone ever in one minute, with seven bras. She was voted the "Sexiest Babe of 2010" by visitors to the Nuts' website. In 2010, she climbed Mount Toubkal in Morocco in support of the charity organization, Help for Heroes. 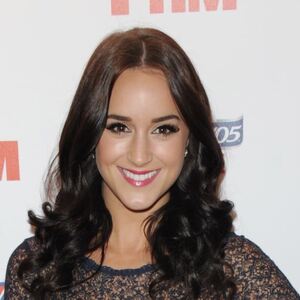