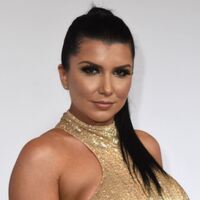 Romi Rain net worth: Romi Rain is an American pornographic actress who has a net worth of $2 million dollars. Romi Rain was born in Boston, Massachusetts in January 1988. She moved to Los Angeles when she was 18 years old and worked as a hostess. At 19 she started to work as an exotic dancer and then she worked bottle service and was a model at trade shows. Rain become a webcam girl and worked for Playboy Live. At 24 she started working in hardcore videos and in 2013 she was featured in Hustler magazine. Romi Rain has several tattoos and got her first one at 18. She has more than 130 acting credits to her name and has been nominated for awards including an XBIZ Award for Best New Starlet in 2014 and an AVN Award for Female Performer of the Year in 2015. Rain has more than 1.7 million followers on Instagram.