Robin Meade Net Worth: Robin Meade is an American news anchor and television personality who has a net worth of $8 million and annual salary of $3 million. Robin Meade was born April 1, 1969 in New London, Ohio. She is best known as the lead news anchor for HLN's morning show Morning Express with Robin Meade.

Meade is a former Miss Ohio and began her broadcasting career with local stations. She joined HLN in 2001. She first attended Ashland University but later transferred to Malone College where Meade majored in radio/television production, programming and performance and minored in political science. She became Miss Ohio in 1992 and was also a semi-finalist in the Miss America pageant, after which she put aside college and beauty pageants and moved forward in the media industry. Starting out in Mansfield, Ohio then later moving Chicago, Columbus, Cleveland and Miami in the field of news, CNN took notice of her when she covered a bombing attempt at the Atlanta Olympics in 1996. She became a part of the CNN family and eventually CNN Headline News. Her perky personality and attractive looks caused a poll on Playboy.com to vote her as Sexiest Newscaster. Meade won a regional Emmy Award for her efforts covering the 1995 collision between a school bus and a train in Fox River Grove, Illinois that killed seven and injured more than 24 teenagers. She was also nominated for a regional Emmy for her report on how to decrease chances of injury in survivable plane crashes. In 2002, Meade was recognized by Lycos as one of the top 20 most popular television news personalities in the broadcast news industry. She won Ashland University's Young Alumnus Award for her achievements in broadcasting and served as the commencement speaker for the university's 2005 graduation ceremonies. As an aspiring singer, Meade released a country music album in 2011 and a second one in 2013. 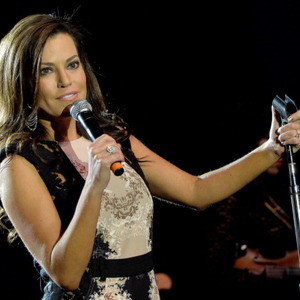