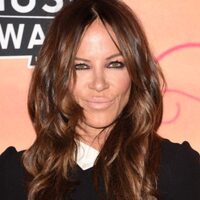 Robin Antin net worth: Robin Antin is an American dancer, choreographer and music video director who has a net worth of $8 million. Antin is also well-known as a reality television actress, showgirl, clothing designer and entrepreneur. She has earned her net worth as a founding member of the modern burlesque troupe The Pussycat Dolls in 1995. Robin was born on July 6, 1961 in Los Angeles County, California. She is also the creator of the American pop girl group known as Girlicious; they have many international hits to their credit. In addition she has performed at major Las Vegas nightclub venues, as a reality TV star and clothing designer. She has worked as a choreographer for several popular singers including; such as Paris Hilton, and artists such as Anastacia, Pink, The Offspring and No Doubt. She is also associated with Matt Goss and The Dirty Virgins, and The Paradiso Girls. Her fashion line of Burlesque/Pussycat Dolls-styled lingerie called "Shhh…By Robin was launched in 2008 in corporation with the La Senza Corporation of Canada. On December 15, 2009 her workout DVD was released, it was collaboration between Antin, Jamie Ruiz, Jenny Ronbinson and Michelle "Jersey" Maniscalco, Chrystina Sayers and Nicole Scherzinger.