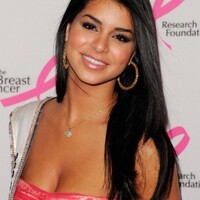 Rima Fakih Net Worth: Rima Fakih is an American beauty queen and former Miss USA who has a net worth of $500 thousand dollars. Rima Fakih was born in Srifa, South Governorate, Lebanon, in 1985, and lived in the country until her family left to move to the United States during the Lebanese Civil War. The Fakihs arrived in New York and later settled in Dearborn, Michigan. She earned her economics and business management degrees from the University of Michigan-Dearborn and began working at the Detroit Medical Center. At 19, Fakih participated in her first beauty pageant, taking fourth for Miss Wayne County. A few years later, she represented Michigan at the Miss Lebanon Emigrant pageant and took third place. In 2009, she won Miss Michigan USA and moved on to the Miss USA 2010 competition held in Las Vegas, winning the crown in May. She became the first woman from Michigan to win since 1990. Her Muslim faith and Lebanese heritage became a major point of discussion following her win. Fakih competed at the 2010 Miss Universe pageant in Vegas, but did not place. Since her win, she appeared on "WWE Raw", "WWE Tough Enough", "The Choice", "Real Steel", and "Late Night with Jimmy Fallon". Fakih earned a spot on AskMen.com's 2011 list of the Top 99 Women and also registered on the "Arabian Business" list of 100 Most Powerful Arab Women the same year.