What is Riley Keough's Net Worth?

Riley Keough is an American actress, producer, and model who has a net worth of $5 million. Keough is the daughter of Lisa Marie Presley which means she is the granddaughter of Elvis Presley. Riley began modeling in her early teens and appeared in her first runway show for Dolce & Gabbana in Italy at age 15. She also modeled for Christian Dior, and she has graced the covers of "Vogue" (the U.S. and Korean versions), "Elle Japan," "Jalouse," and "L'Officiel." Keough has 35+ acting credits to her name, including "The Runaways" (2010), "Magic Mike" (2012), and "Mad Max: Fury Road" (2015), and she starred as Christine Reade on the Starz anthology series "The Girlfriend Experience" (2016). She has also served as a producer on the films "Dixieland" (2017 and 2018). In late 2019, it was announced that Riley had been cast in the title role on the Amazon Prime Video series "Daisy Jones & The Six," which is based on the best-selling Taylor Jenkins Reid novel of the same name.

Riley Keough was born Danielle Riley Keough on May 29, 1989, in Santa Monica, California. Her mother is Lisa Marie Presley, the daughter of Elvis Presley and Priscilla Presley, and her father is musician Danny Keough. Riley grew up with a younger brother, Benjamin, and their parents divorced in 1994. After the divorce, Lisa Marie was briefly married to Michael Jackson (1994-1996) and Nicolas Cage (2002-2004). Riley primarily lived with her father in Los Angeles and Hawaii, though she sometimes lived at Graceland in Memphis and her mother's L.A. home. Since Keough often traveled between her parents' homes, she was homeschooled. Riley has two half-sisters, twins Finley and Harper, from Lisa Marie's marriage to Michael Lockwood.

Keough made her acting debut as Marie Currie in the 2010 biopic "The Runaways," and she followed the film with "The Good Doctor" and "Jack & Diane" in 2011. In 2012, she appeared in "Magic Mike," which grossed $167.2 million against a $7 million budget, as well as "Yellow" and "Kiss of the Damned." In 2015, Riley starred in another hit, "Mad Max: Fury Road," which brought in $375.6 million at the box office and earned an Academy Award nomination for Best Picture. In 2016, she landed the lead role on the series "The Girlfriend Experience" and appeared in the films "Lovesong" and "American Honey." The following year, Keough appeared in the films "The Discovery," "We Don't Belong Here," "It Comes at Night," and "Logan Lucky" and launched the production company Felix Culpa. In 2018, she guest-starred on The CW series "Riverdale," starred in the films "Welcome the Stranger," "The House That Jack Built," "Under the Silver Lake," and "Hold the Dark," and portrayed journalist Sara Ganim in the HBO movie "Paterno." In 2019, Riley played the lead in the horror film "The Lodge" and starred in the psychological thriller "Earthquake Bird," followed by "Zola" and "The Devil All the Time" in 2020. In March 2021, it was reported that Keough had been cast in the Amazon Prime Video series "The Terminal List" alongside Chris Pratt, Taylor Kitsch, Constance Wu, and Jeanne Tripplehorn. 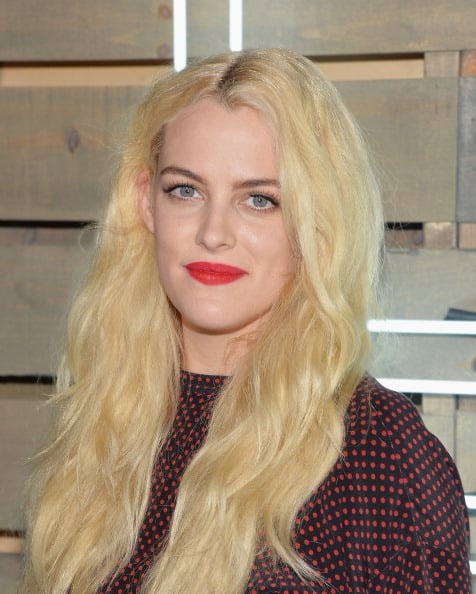 Riley met stuntman Ben Smith-Petersen on the set of "Mad Max: Fury Road," and they married in Napa, California, on February 4, 2015. Actress Dakota Johnson served as a bridesmaid, and the ceremony was also attended by Zoë Kravitz, Kristen Stewart, and Cara Delevingne. Keough previously dated actor Alex Pettyfer, and they became engaged in March 2012 after six months of dating.

Riley's brother, Benjamin, died by suicide on July 12, 2020. A week later, Keough spoke out about Benjamin's tragic death, writing on social media, "Mornings are the hardest. I forget you're gone. I can't cry because of the fear that I will never stop. A pain that's new to me. You. There are no words for you. Angel is the closest I could think of. Pure light. Baby brother. Best friend. Wild man. Intellectual. Witness to my life. Twin soul. Protector. Too sensitive for this harsh world. I hope you give me strength to endure the giant hole you've left in my heart."

In March 2021, Riley revealed that she had completed training to become a death doula, which is described as "a non-medical person trained to care for someone holistically (physically, emotionally and spiritually) at the end of life." Keough said of her new endeavor, "I think it's so important to be educated on conscious dying and death the way we educate ourselves on birth and conscious birthing. We prepare ourselves so rigorously for the entrance and have no preparation for our exit."

In 2018, Keough and Smith-Petersen paid just over $1.3 million for a nearly 1,200 square foot cottage in the Silver Lake area of Los Angeles. Built in the 1920s, the renovated home includes two bedrooms and two bathrooms, and the property features a vine-covered fence, a courtyard, and several patios. 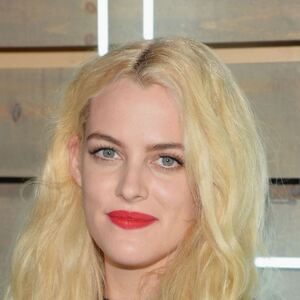