Rhonda Shear Net Worth: Rhonda Shear is an American beauty queen, television personality, comedian and actress who has a net worth of $10 million. Rhonda Shear was born November 12, 1954 in New Orleans, Louisiana. She began her career in the limelight in beauty contests, including holding the titles of Miss Louisiana USA 1975 for Miss USA and that of Miss Louisiana for both the Miss World and the Miss International pageants.

Her other pageant titles include Queen of the Floral Trail Society, during which reign she posed fully clothed for Playboy, but the organizers of the pageant were opposed to her appearing in the magazine at all and stripped her of the title. In 1977, after graduating from Loyola University, Shear moved to Los Angeles, California to pursue a career in Hollywood. She is best known for her role as a host of the USA Network's 1980s and '90s weekend B-movie show, USA Up All Night. From 1991 to 1998 she hosted in-studio and on-location segments that typically aired on Friday nights, replacing comedian Caroline Schlitt. She also occasionally hosted the show with her Saturday counterpart, Gilbert Gottfried, in addition to making cameos on his edition. Her trademark manner of speaking the show's title, by raising her voice an octave when saying the word "Up", became a catch phrase. In June 1991, Shear posed in Playboy magazine's Funny Girls pictorial and in October 1993, she appeared in her own Playboy pictorial entitled Rhonda Is Up All Night. Shear also costarred in numerous sitcoms from playing The Fonz's girlfriend on Happy Days to the sexy neighbor on Married… with Children before making her mark as a comedian in Las Vegas, New York and Los Angeles. In 2001, Rhonda Shear, along with husband Van Fagan, started a new career as designer and entrepreneur behind Shear Enterprises, LLC and Rhonda Shear Intimates. She began designing from her home office in 2003 with just three employees and soon launched the Rhonda Shear Intimates line at HSN.

She was later picked up on shopping networks around the world, including The Shopping Channel (Canada) and Ideal World Shopping (U.K.). Rhonda Shear Intimates is now represented in over 40 countries with over 25 employees in her St. Petersburg, Florida offices (her home since 2005). In 2010, Shear designed the Ahh Bra and the product was an overnight success. 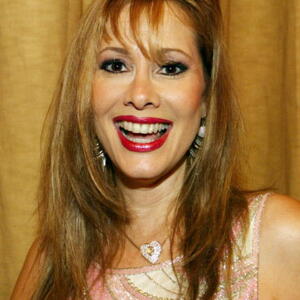