This special and popular feature consists of a large photograph of some of the world's leading female glamour models topless. Rhian was born on September 11, 1986 in Bury, Greater Manchester, England. She has appeared in Maxim, Loaded, Zoo and Nuts magazines as well as the 2008 BBC documentary series Glamour Girls. Sugden who is also known for her keen DJ skills as appeared as a contestant on Celebrity Big Brother 10. She became a housemate on August 15, 2012 however she was sent packing due to being evicted on August 29, 2012. She appeared as an actress in the role of a "Forest Woman" in the 2011 fantasy film Your Highness by American stand-up comedian, actor, producer and screenwriter Danny McBride. She participated in the 2011 Modball Rally alongside Lucy Pinder a charity event to raise money for "Get Kids Going" to help disabled and young children get the opportunity to participate in sports. Some of Rhian's other television appearances include; Ant & Dec's Saturday Night Takeaway in 2007, Soccer Am 2008, Rude Tube 2009 and Soccer AM again in 2011. 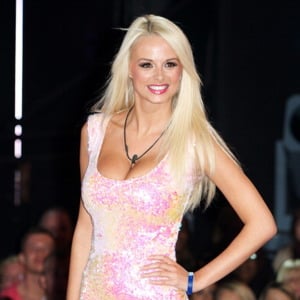