What is Rebecca Romijn's Net Worth and Salary?

Rebecca Romijn is an American actress and singer who has a net worth of $20 million. Rebecca is perhaps best known for playing Mystique in the original trilogy of the "X-Men" movies, starting in 2000. She also appeared in films such as "The Punisher," "Femme Fatale," and many others.

In terms of television work, Romijn has appeared on series such as "Ugly Betty" and "Star Trek: Discovery." She is also an established voice actor, having landed gigs in animated films such as "The Death of Superman" and "Justice League Dark: Apololips War." In addition, Rebecca is known for hosting the reality TV show "Skin Wars." Numerous magazines such as "Maxim" and "FHM" have called Rebecca Romijn one of the most beautiful women on earth.

Rebecca Alie Romijn was born on November 6th of 1972 in Berkeley, California. Raised in a family with strong artistic tendencies, Rebecca became a self-admitted "drama geek" during her early teens. She also went through a massive growth spurt at a young age and suffered from scoliosis. Because of this, her teen years were extremely painful.

Although she attended the University of California in Santa Cruz after graduating high school, her priorities quickly changed. She was studying music in college when she started to become more and more involved in the fashion industry. Eventually, she moved to Paris and became a model. Romijn lived in Paris for three years while working as a model. 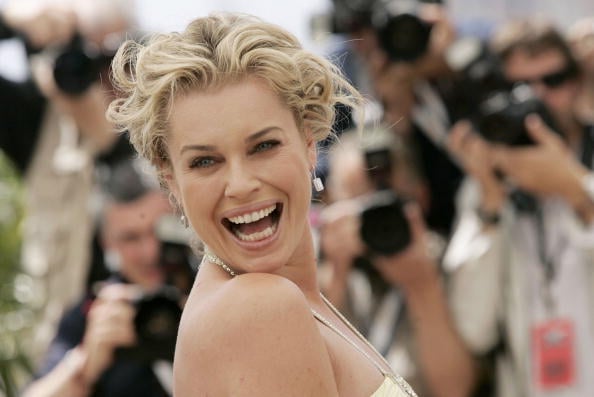 Rebecca began her modeling career in 1991. During this period, she became quite renowned for her glamorous and beautiful appearance, and Romijn appeared on the covers of magazines such as "Elle," "Marie Claire," "Cosmopolitan," "Allure," "Glamour," "GQ," "Esquire," and "Sports Illustrated." Rebecca also became internationally-recognized, as she appeared on magazine covers that were released in France, Spain, Russia, Sweden, America, Italy, Germany, Portugal, Greece, and Mexico.

As a successful fashion model, Rebecca worked with a wide range of brands in various advertising campaigns. She appeared in advertisements for names like Christian Dior, Tommy Hilfiger, Victoria's Secret, La Senza, Pantene, Miller Lite, La Perla, and many others She was also no stranger to fashion shows, and she walked for fashion brands such as Giorgio Armani, Kate Moss, Naomi Campbell, Cindy Crawford, and a number of others.

In 1998, Rebecca made her first move towards the entertainment world after becoming the new host for MTV's "House of Style." She held this role until 2000. At the turn of the millennium, Romijn's acting career took a much more substantial step forward when she booked the role of Mystique in the film "X-Men." She reprised her role in two sequels; "X2" and "X-Men: The Last Stand."

These films were incredibly successful in a commercial sense. Romijn stepped aside after the third film and allowed Jennifer Lawrence to take her place as Mystique. Despite this, Rebecca trademarked the iconic appearance of Mystique that fans know today. She was essentially nude for the entirety of the three films – other than carefully placed prosthetics and blue body paint.

In 2002, Rebecca advanced her acting career even further with a leading role in "Femme Fatale." Throughout the next few years, she appeared in movies like "Rollerball," "The Punisher," and "Godsend." Romijn also appeared in a short-lived TV series called "Pepper Dennis." In 2007, Rebecca joined the cast of "Ugly Betty" with a regular, full-time role. She famously played a transgender woman, although she departed in season 3 due to a change in direction for the show's story. This coincided conveniently with Romijn's pregnancy (as it wouldn't make sense for a transgender woman to be pregnant).

Over the next few years, Rebecca appeared in series like "Carpoolers," "Eastwick," and "NTSF:SD:SUV::" before starring in the TNT series "King & Maxwell." In 2014, she starred in the film "The Librarians." As of 2020, Rebecca Romijn is the host of "Skin Wars," a reality TV competition based around body painting. In 2019, she started playing the role of Number One in the series "Star Trek: Discovery." Outside of these achievements, Rebecca is an accomplished voice actor. She is also a musician and has released a number of singles. 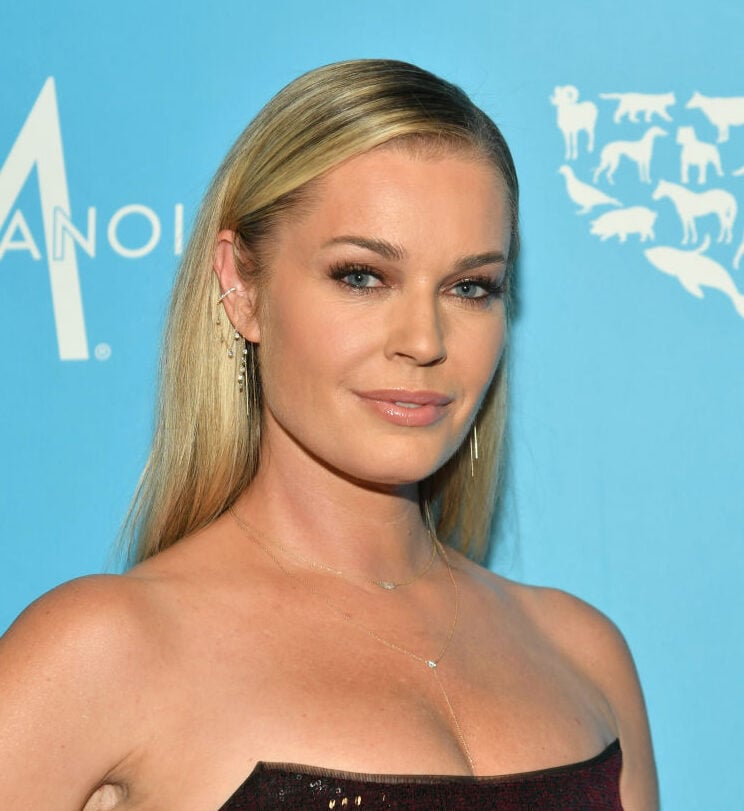 In 1994, Rebecca began a relationship with actor John Stamos after the pair met at a Victoria's Secret fashion show (Romijn was modeling for VS at the time). Stamos and Romijn became engaged in 1997, and they wed in 1998. Six years later, the marriage ended in divorce in 2004. Also in 2004, Rebecca began dating Jerry O'Connell. The pair became engaged in 2005, and they married in 2007. In 2008, O'Connell and Romijn welcomed twin daughters into the world.

Around 2010, Rebecca Romijn purchased a historic NYC townhouse for an undisclosed amount. Located in the neighborhood of Chelsea in Manhattan, Rebecca's townhome boasts genuine Victorian features, such as the original wood floors, a marble fireplace, and staircases. She focused on furnishing the home with second-hand, sustainable furniture and antiques, despite her kids saying that antiques are "creepy."

In 2020, Rebecca also released her own line of jewelry. She personally designed all of the pieces and launched a brand called Charlie Dolly (named after her twin daughters) to sell her jewelry. The line features laser-pierced diamonds that apparently capture light differently compared to normal diamonds.

She had been thinking about starting the jewelry line for years, and she was inspired by the joy she experienced while designing the interior of her NYC townhouse. In all, her jewelry line consists of 24 pieces, which she describes as "feminine, down-to-earth, and comfortable." Romijn also tried to make the pieces affordable, with most of them selling for under $1,000. 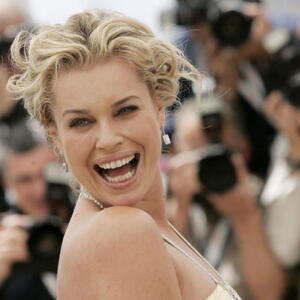