Rachel Riley Net Worth: Rachel Riley is an English television presenter who has a net worth of $5 million. Rachel Riley was born in Rochford, Essex, England in January 1986. Rachel graduated from Oriel College, Oxford and had an internship at Deutsche Bank. She replaced Carol Vorderman and became co-host of Countdown on Channel 4 in 2009.

Since then she has co-presented more than 1,000 episodes of the show. In June 2013 Rachel became a presenter on Channel 5's The Gadget Show and is a co-host on the show. In April 2014 it was announced she would be replaced by Amy Williams. Riley was a contestant on the 11th season of Strictly Come Dancing on BBC One in 2013. She has appeared on the TV series 8 Out of 10 Cats, 8 Out of 10 Cats Does Countdown, Celebrity Big Brother, The IT Crowd, Celebrity Chase, Mastermind, The Boat Race, Top Gear, I Love My Country, Who Wants to Be a Millionaire, Sunday Brunch, 24 Hours to Go Broke, and TV Od. Rachel married Jamie Gilbert in 2012 but the couple split in 2013. Riley announced in May 2014 that she had been a victim of threatening abuse from a stalker for eight months. 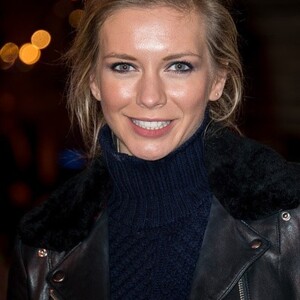