Rachel Reynolds net worth and salary: Rachel Reynolds is an American model and actress who has a net worth of $4 million. Rachel Reynolds was born in Mandeville, Louisiana in November 1982. She is best known for being one of Barker's beauties on the television game show The Price is Right. Reynolds made her The Price Is Right debut in 2003 and has worked with both Bob Barker and Drew Carey. She married professional baseball player David Dellucci in 2010. As an actress Reynolds has appeared in the movies Cellular, Lonely Hearts, and Jack and Jill as well as in episodes of the TV series Wildfire, How I Met Your Mother, The Bold and the Beautiful, and Scorpion. She also worked as a trophy model at the Daytime Emmy Awards in 2004, 2005, and 2006. Reynolds modeled for Venus Swimwear after being discovered working as a cashier at a supermarket. She studied public relations at Louisiana State University and competed on the track and field team. 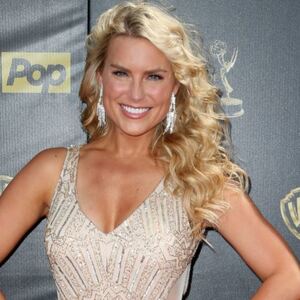