Early Life: Porsha Williams was born on June 22, 1981, in Atlanta, Georgia. Her grandfather is the notable civil rights leader Reverend Hosea Williams who was a contemporary of Martin Luther King, Jr.  She has a younger sister named Lauren and a brother named Hosea. Porsha attended Southwest Dekalb High School in Decatur, Georgia. She enrolled at the American InterContinental University in Schaumburg, Illinois to pursue a degree in business information technology. She appeared in music video as a young adult as a means of pursuing a career in the modeling industry. She also opened a daycare facility in 2005 when she was 24.

Career: Williams joined the cast of Bravo's "The Real Housewives of Atlanta" in the fifth season in September 2012. She made her first appearance on the series on November 18, 2012 where she was involved in a spat with the other new cast member, Kenya Moore, while at a charity event for Feed the Homeless. The rest of that season followed the feud between Williams and Moore as well as another feud with Cynthia Bailey. Bailey felt that Williams was not dedicated to a pageant she was coordinating for her modeling agency.

She has been on the Fox celebrity news and pop culture show "Dish Nation" since its second season in 2013.

The sixth season of "The Real Housewives of Atlanta" followed the collapse of Williams's relationship with her husband. She was briefly hospitalized due to the stress stemming from her then-ongoing divorce. While filming the reunion special for the sixth season, Moore insinuated that Williams was unfaithful during her marriage; after Williams called Moore a "slut from the '90s." Moore yelled through a megaphone calling Williams  "a dumb ho" and then Williams assaulted Moore. Moore later threatened to quit the series if Williams was to remain.

She released her debut single "Flatline" through the iTunes Store on March 17, 2014.

Williams returned for the seventh season of "The Real Housewives of Atlanta" in 2015. In January 2016, it was announced that she was appearing on "The New Celebrity Apprentice." She placed eighth on the show. 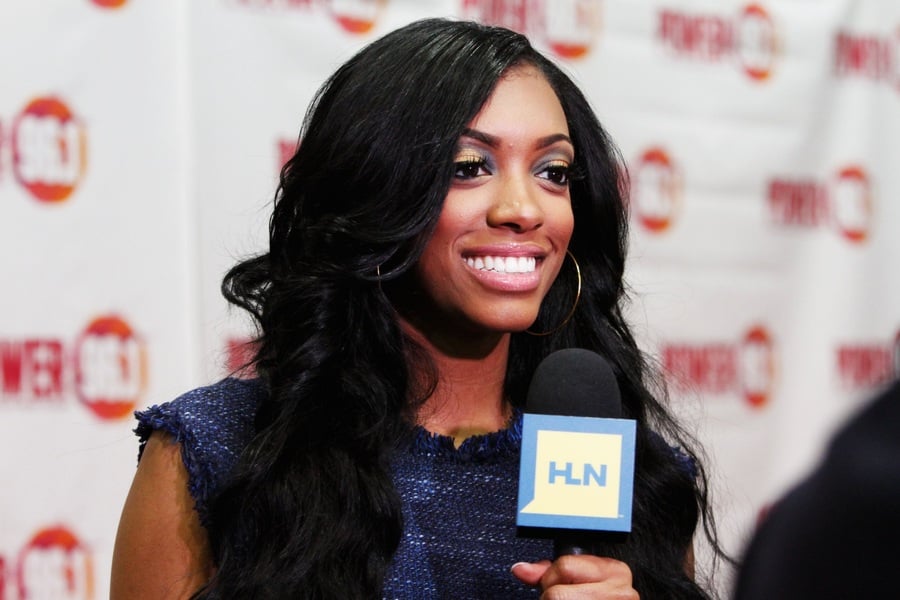 Personal Life: Williams began dating football player Kordell Stewart while she was working at the Luckie Lounge nightclub in Atlanta, Georgia. They got married in an elaborate ceremony in May 2011, which was filmed and broadcast for the WE tv television series "Platinum Weddings." She became the stepmother to his son Syre from his previous relationship with Tania Richardson.

On March 26th, 2013, Kordell Stewart filed for divorce from Porsha, claiming that the marriage had been irretrievably broken. Kordell also claims he does not need to pay Porsha any spousal support and that his assets will not be divided due to the short length of their marriage and the fact that there is a prenuptial agreement in place. The couple was married for two years but have apparently been separated for some time. They have no children.

During the reunion special for the fifth season of "The Real Housewives of Atlanta,"" Williams said "totally blindsided" by the filing and alleged that she learned of their separation through Twitter. The divorce was finalized on March 12, 2014. In the settlement, Porsha did not win the right to any alimony. She was also cut out of Kordell's real estate, NFL retirement money, and cash assets. Kordell was allowed to keep his two houses, a Mercedes, a Porshe and all of his business interests/investments. OUCH! Porsha soon moved into a luxury high rise but reportedly fell $18,000 behind in homeowners' fees.

Porsha is one of the few actual natives of Atlanta who has appeared on RHOA, she currently lives in the upscale neighborhood of Buckhead. She is passionate about philanthropy and has even launched several charities of her own. In addition to philanthropy, Porsha enjoys yoga, swimming, hiking and working on her music career.

Real Estate: In 2016, Williams dropped $1.1 million on a 5,920-square-foot house, making it the first home she's purchased since her big divorce back in 2013. The home has five bedrooms and five-and-two-half bathrooms and a stately swooping staircase in the two-story entry. Located about 30 miles away from Atlanta in Duluth, Georgia, the home is part of a golf community and has five fireplaces, high-end appliances in an enormous chef's kitchen.

In 2018, shortly after the birth of her child, Dennis McKinley, sick of his commute to and from Atlanta, put an offer in on a new home in Atlanta for them without asking her. 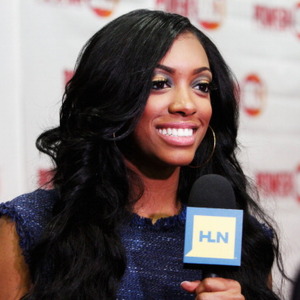