Pilar Sanders net worth and salary: Pilar Sanders is an American model, actress, and fitness expert who has a net worth of $5 million. Pilar Sanders was born in New York City, New York. She is the ex-wife of former NFL star Deion Sanders.

During her senior year of high school, Sanders became a successful model who was represented by the fashion agencies Irene Marie and Ford Models. She then turned her attention to acting, appearing in popular TV series such as "Walker, Texas Ranger", "The Jamie Foxx Show", "Veronica's Closet", and LL Cool J's "In Da House"– where she met Deion Sanders in the mid-1990s. The couple were married in 1999 and have three children. The Sanders family were the subject of the TV reality show, "Deion and Pilar: Prime Time Love" in 2008. Along with being a dedicated mother, Sanders co-founded Prime Time Achievers, a summer boot camp for kids. She also founded Essence of Beshalom, a foundation which helps to build the confidence of young girls. After 13 allegedly abusive years of marriage, the couple decided to part ways in 2012. As a result of a messy divorce, Deion was ordered to pay Pilar $10,500 each month in child support. Their divorce was finalized in June 2013. 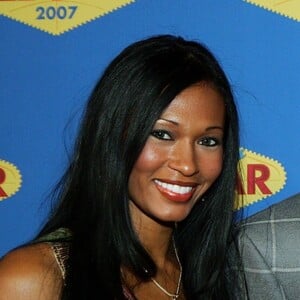