Often referred to as the "Czech Chick," Petra started her professional modeling career at 15 when she was discovered by NEXT Management on the streets of her native country. Upon signing a contract with the global modeling agency she moved to Milan, Italy. A turning point in her career was winning the 1995 Czech Elite Model Look, after which her career flourished. Since, she has been modeling for some of the world's most prestigious beauty and luxury brands like Clarins, Max Factor, Bulgari and Cartier, as well as she graced the covers of magazines like Elle, Harper's Bazaar, and the 2002 Sports Illustrated Swimsuit Edition. Apart from her amazing print and runaway work, Nemcova also landed a role in the French comedy Absolument fabuleux (2001), an adaptation of the British comedy series Absolutely Fabulous (BBC, 1992-96; 2001-04). However, her life changed after an unfortunate near-death experience in Thailand in 2004, when she survived a devastating tsunami that swept across South Asia. Unfortunately, her then-fiancé photographer Simon Atlee didn't survive. An ill-fated witness to history, Němcová is the founder and chair of the Happy Hearts Fund (HHF), a charity organization and campaign mainly dedicated to supporting children programs in disaster struck areas. 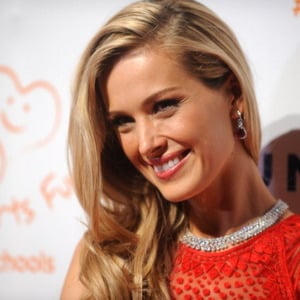