Today, Petra is perhaps best known for her work in the fashion world, including her role as a menswear designer.

Petra is also someone who constantly finds herself the subject of tabloid journalism. Although she doesn't exactly feed this constant level of attention, there always seems to be some new source of gossip surrounding Petra and her activities. Ecclestone is also known for her former marriage to James Stunt, and for her lucrative real estate deals.

Early Life: Petra Ecclestone was born on December 19th of 1988 in Westminister, London, England. Her mother is the famed Armani model Slavica Ecclestone, and her father is the Formula One billionaire Bernie Ecclestone. She was raised alongside two siblings and grew up speaking English and Croatian. In later years, she learned Italian and French.

At the age of 14, Petra contracted meningitis. The experience turned her into a self-proclaimed "health freak," and today Ecclestone is reportedly obsessed with hygiene, vitamins, and sober living.

Fashion: Ecclestone knew that she wanted to be a fashion designer from an early age, and she set her sights on menswear because she believed that womenswear was "too saturated." At the age of 19, Ecclestone started the menswear label FORM. Although her collection was sold at retailers such as Harrods, it eventually folded after 14 months in operation. In 2009, she closed a deal with the Croatian clothing company Siscia. In 2011, Petra created a line of accessories under the brand name Stark. This collection included handbags with 24-carat gold details.

Real Estate: In 2011, Petra bought the Spelling mansion (also known simply as "The Manor") in Beverly Hills, paying $85 million in cash for the residence. The mansion was built by Aaron and Candy Spelling and remains the largest single-family house in Los Angeles County. Larger than the White House, the Spelling Manor contains over 100 rooms, a bowling alley, a wine cellar, and its own barbershop. Outside, there are tennis courts, koi ponds, pools, and a citrus orchard. More than 100 vehicles can fit inside the Manor's motor court.

In 2010, she purchased another mansion in London's affluent neighborhood of Chelsea for $90 million. Since Petra's purchase, she has reportedly been offered more than $125 million by buyers who are interested in her London home.

At some point, she decided that she no longer wanted the Spelling Estate, and she put in on the housing market for a seriously inflated price. Early on, she tried to offload the property for a staggering sum of $200 million, although buyers steered clear of this expensive residence. After many years and price adjustments, Ecclestone settled on a price of $120 million and accepted an offer in 2019. This was the highest sale price in Californian history at the time.

It's worth pointing out that Petra poured at least $20 million into the home, spending exorbitant sums on numerous remodels and renovations. That $20 million was also spent on things like upkeep and taxes. So when you do the match, Petra "only" earned a profit of $15 million on her Beverly Hills real estate deal.

While it might seem quite ridiculous to imply a profit of $15 million is a small sum, one has to realize the investment potential for that initial $85 million back in 2011. If she had taken that same sum and invested it in the S&P, she would have $170 million – without any fees (before taxes). Had she bought Apple, stock, she'd have $330 million. Had she bought Amazon stock, she'd have $865 million.

Relationships: In 2006, Petra Ecclestone met businessman James Stunt on a blind date. Five years later in 2011, the pair were married in a lavish, $15-million wedding in Italy. She reportedly wore a Vera Wang gown with a price tag of about 80,000 pounds. Paris and Nicky Hilton and a number of other celebrities were both in attendance at the wedding, and high-profile musicians were hired to perform.

Over the next few years, the couple welcomed three children into the world, including twins.

Petra's marriage to Stunt was not without incident. In 2017, the socialite allegedly locked herself in a bathroom during a violent row with her then-spouse. When divorce proceedings began between the pair in 2017, Stunt made disparaging comments about Petra's father during a court hearing. While we're on the topic of Bernie Ecclestone, it's worth mentioning that the Formula One founder has claimed that Stunt once threatened to "blow his daughter's head off."

Following Petra's split from Stunt, he suffered financially. In 2018, his assets were frozen and he was forced to declare bankruptcy. Many of his multi-million dollar estates were reportedly repossessed, and he then alleged that he had been robbed of $126 million in cash and jewelry. In addition, Stunt has been accused of loaning forged paintings to the royal family.

Petra's split from Stunt was not an amicable one. Over the next few years, both former spouses would publicly attack each other for a number of reasons. Stunt claimed that it was like Petra had been "lobotomized" following their wedding, while both Bernie and Petra accused James of becoming addicted to drugs during the relationship. As the years went by, Petra became engaged to Sam Palmers, a classic car dealer. 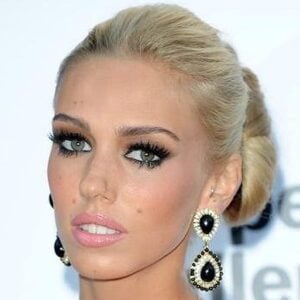