Penny Lancaster net worth: Penny Lancaster is a British model and photographer who has a net worth of $20 million dollars. Born in Chelmsford, Essex, England, Penny Lancaster grew up in an athletic family, and began dancing when she was in elementary school. By her late teens, however, she had grown too tall for a career in classical dance.

She shifted her focus to fitness, and completed her fitness trainer certification when she was 22. While working as a trainer, a photographer approached her about modeling, and she worked steadily throughout the 90s. She also began studying photography in the late 90s. She is most famous for her work as the face of the Ultimo lingerie brand. She promoted the brand for two years. Her photography work began to take over in the early 2000s, and she was invited to photograph Rod Stewart while he was on tour. She ended up marrying Mr. Stewart in 2007, and they have since had two children together. 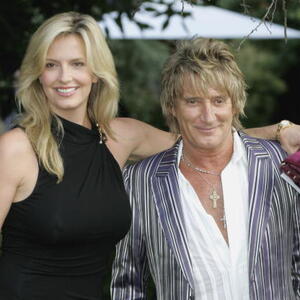