How much is Peaches Geldof Worth?

Peaches Geldof net worth: Peaches Geldof was a British journalist, model, and television presenter who had a net worth of $1 million dollars. Peaches Geldof was born in Westminster, London, England, and graduated from Queen's College, London. She as the daughter of Irish musician Bob Geldof. She began writing a column for The Daily Telegraph when she was just fourteen years old. She continued with the column until age 17. She also wrote for the UK edition of Elle Girl. In 2005, she began working on a series of documentary television programs about teens. The first installment of the series, "Peaches Geldof: Teenage Mind" aired in 2005. The next installment, "Peaches Geldof: Teen America", aired in 2006. Peaches began modeling in 2007, walking the runway for London Fashion Week. She also launched a new series on MTV One called, "Peaches: Disappear Here", which followed her as she launched her own magazine. In 2009, she became the face of Dotti, but was subsequently dropped from the campaign after nude pictures of her surfaced online. Most recently, she hosted the talk show, "OMG! with Peaches Geldof". Tragically, Peaches was found dead in her home on Monday April 7, 2014. She was 25 years old and is survived by two children and her most recent husband, Thomas Cohen. 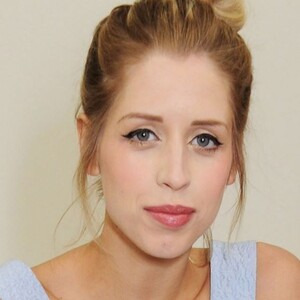