Paula Jones Net Worth: Paula Jones is a former Arkansas state employee who has a net worth of $700 thousand. Paula Jones was born in Lonoke, Arkansas in September 1966. She is best known for suing U.S. President Bill Clinton for sexual harassment.

Her lawsuit was eventually dismissed although Clinton agreed to an out-of-court settlement by paying her $850 thousand. Jones claimed that she was escorted to Clinton's room in the Excelsior Hotel in 1991 and he propositioned her and exposed himself. In 1994 she filed a sexual harassment suit against Clinton. Jones' case has been linked to the Monica Lewinsky case and helped lead to Clinton being impeached by the House of Representatives in 1998. Jones went on to be a reality television personality and centerfold. 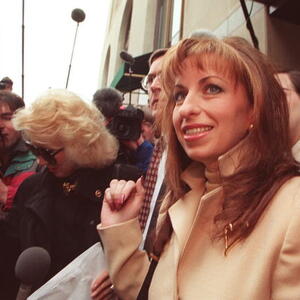