Patrick Schwarzenegger net worth and salary: Patrick Schwarzenegger is an American model and actor who has a net worth of $6 million. Born in Los Angeles, California on September 18, 1993, he is best known for being the son of actor and California governor, Arnold Schwarzenegger and Maria Shriver. He attended Brentwood School as well as the University of Southern California. He has been active in the entertainment industry since 2006 and founded his own company known as Project360. Project360 is a charitable clothing line that features men's wear. Schwarzenegger is currently signed to L.A. Models and is in pursuit of ad campaigns for companies such as Armani and Ralph Lauren. He intends to promote his company through his association with high end lines. Some of his acting work includes a role as Romeo for Ariana Grande's music video for "Right There," as well as Stuck in Love, The Benchwarmers, and Grown Ups 2. Schwarzenegger is of Austrian descent and is a Roman Catholic.

Real Estate: Following in his father's footsteps, Patrick is somewhat of a real estate investor. In 2018 he paid $1.9 million for two homes in West Hollywood, Ca. After some renovations he sold the homes a year later for $2.25 million. In 2018 he also paid $3.1 million for a small home in Santa Monica, which he sold less than a year later for a $100,000 profit.
In June 2018, Patrick dropped $3 million to buy a home in the West Hollywood neighborhood of Los Angeles. In May 2020 he listed the home for sale for $3.25 million. 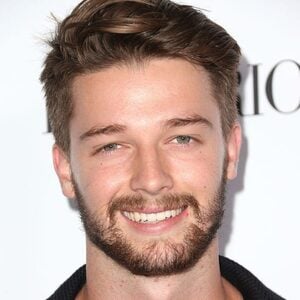