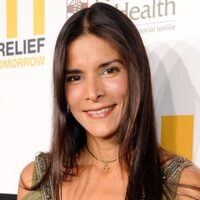 Patricia Velasquez net worth and salary: Patricia Velasquez is a Venezuelan-born actress who has a net worth of $3 million. Born in Zulia, Venezuela, Patricia Velasquez grew up traveling between Venezuela, France, and Mexico. She attended college until her junior year, but then left school early to pursue a modeling career in Milan, Italy. In the late 90s, she relocated to the United States, and began pursuing an acting career in New York and Los Angeles, in addition to appearing in runway shows and ad campaigns for Bella Freud, Claude Montana, Dolce & Gabbana, Chanel, and Victoria's Secret. She also appeared in multiple issues of the Sports Illustrated Swimsuit Edition, and appeared on Maxim's "Hot 100" list in 2001, and Stuff's "Sexiest Women in the World" in 2002. Her acting credits include roles in such projects as, "The Mummy" and "The Mummy Returns", "Arrested Development", "The L Word", "CSI: Miami", and "Ugly Betty". She was also part of the 2012 cast of "Celebrity Apprentice".