Paris Berelc net worth: Paris Berelc is an American actress and model who has a net worth of $3 million. She is best known for starring on the TV series Mighty Med, Lab Rats: Elite Force, and Alexa & Katie.

Paris Berelc was born in Milwaukie, Wisconsin in December 1998. At nine years old she was discovered by Ford Models and she appeared in ads for Sears, Kohl's and K-mart. Berelc was on the cover of American Girl magazine in 2009. She made her debut in the TV series Health Corner in 2004. Paris Berelc starred as Skylar Storm on the television series Mighty Med from 2013 to 2015. In 2016 she starred as Skylar Storm on the TV series Lab Rats: Elite Force. Paris Berelc starred as Sofia on the series WTH: Welcome to Howler in 2016. In 2018 she began starring as Alexa Mendoza on the television series Alexa & Katie. She has appeared in the films #SquadGoals, Confessional, and Tall Girl. Paris Berelc was nominated for a Young Entertainer Award in 2017 for Lab Rats: Elite Force. She has more than two million followers on Instagram. 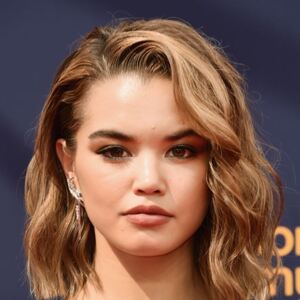