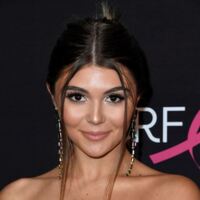 What is Olivia Jade Giannulli's Net Worth?

Olivia Jade Giannulli is an American social media personality and former college student who has a net worth of $1 million. Olivia became very famous in March 2019 after her mother and father were arrested for allegedly paying a $500,000 bribe to get their two daughters into the University of Southern California. It was ultimately proven that her mother Lori Loughlin and father Mossimo Giannulli used bribes and a fraudulent application to get her into the University of Southern California.

It is unclear whether or not Olivia or her sister knew that their parents allegedly paid the bribe, but at some point they reportedly both took photos using ERG rowing machines to pretend they were star rowers in high school so they could be recruited to USC as athletes. Olivia also reportedly skipped the first week of her freshman year so she could travel to Fiji. Upon returning she setup her dorm in partnership with a paid Amazon Instagram ad. When the college cheating scandal broke, Olivia was quickly dropped from partnerships she had with companies like Sephora and TRESemmé. Her mother was fired from the Hallmark Channel. While Olivia was a student at USC, she reportedly did not attend many classes and was not very interested in education. She told followers on YouTube she was mainly attending to have the college experience of going to parties and football games. She subsequently dropped out of USC.

Olivia Jade Giannulli was born on September 28, 1999 to fashion designer Mossimo Giannulli and actress Lori Loughlin, of "Full House" fame. She has an older sister named Isabella as well as a half-brother named Gianni. Growing up, Giannulli went to John Tomas Dye School in the Bel Air neighborhood of Los Angeles, California. She subsequently attended the Marlborough School, and then graduated from Marymount High School.

While she was still in high school, Giannulli began a lifestyle channel on YouTube, and also created an Instagram account. Both were monetized via commercial endorsements for such companies as Sephora and Amazon, and both have amassed more than one million subscribers. Later, in 2019, Giannulli created a TikTok account.

Famously, Giannulli was implicated in the 2019 college admissions bribery scandal, which got her enrolled at the University of Southern California on fraudulent terms. According to an indictment by the United States government, she had posed for a photo on an ergometer rowing machine that was submitted as part of her application; the picture falsely implied that she was a competitive rower in order to get her admitted as part of the university's rowing team. Moreover, Giannulli's parents had allegedly paid $500,000 in bribes to a USC coach to designate both her and her older sister as athletic prospects. It is not clear if Giannulli herself was aware of the scheme, as her USC application was ultimately completed by an employee of the conspiracy's ringleader.

Giannulli drew backlash on YouTube when, before starting classes at USC, she admitted that she didn't really "care about school." She had apparently been giving college application advice to her followers on social media when federal agents arrested her parents on charges of fraud. When news of the bribery scandal broke, Giannulli was in the Bahamas on the $100 million yacht of billionaire businessman Rick Caruso, who is the chairman of the USC Board of Trustees. 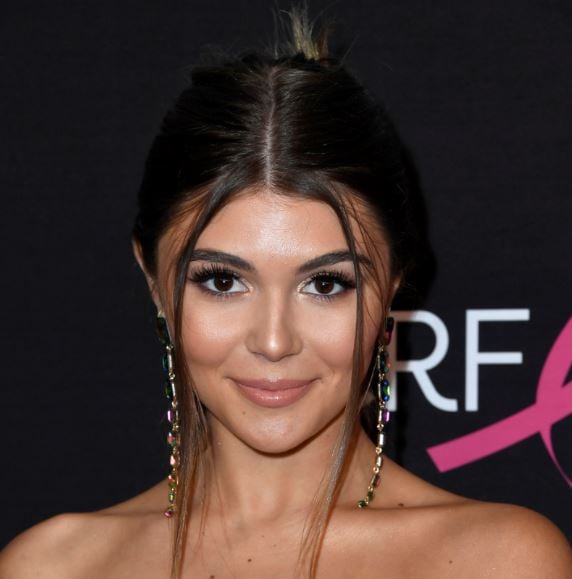 Consequences of the Scandal

Just two days after news of the scandal broke in March of 2019, personal care company Sephora announced that it was ending its makeup endorsement partnership with Giannulli. Hair-care product brand TRESemmé also dropped her as a partner. Meanwhile, on both social and traditional medias, Giannulli was the object of rampant public shaming and ridicule. She was inundated with so many opprobrious comments that she ended up disabling the comments on her Instagram account. Later, in October, the USC Registrar confirmed that both Giannulli and her sister were no longer enrolled at the school, but did not disclose if they had been expelled. In December, Giannulli posted her first YouTube video since the scandal; however, she did not talk about it directly, claiming that she had been legally prohibited from discussing the matter.

After initially pleading not guilty, Giannulli's mother Lori Loughlin pleaded guilty in 2020 to one count of conspiracy to commit wire and mail fraud; her husband also pleaded guilty. Loughlin served a two-month prison sentence at FCI Dublin in California from October to December, and was subsequently placed on a two-year supervised release. Her husband served a five-month sentence from November of 2020 to April of 2021.

In relation to her social media accounts, Giannulli attempted to trademark "Olivia Jade" and "Olivia Jade Beauty" in 2018. Reportedly, the United States Patent and Trademark Office initially declined to process her applications due to their poor punctuation. However, they were eventually approved in April of 2019.

Beyond her social media platforms, Giannulli has appeared on television. In 2016, she competed for a charity on the game show "Tap that Awesome App." Later, in 2021, Giannulli competed on the 30th season of the dance competition series "Dancing with the Stars." Along with her dance partner Val Chmerkovskiy, she finished in eighth place.