Nya Lee net worth: Nya Lee is a reality television personality who has a net worth of $150 thousand. Nya Lee is best known for appearing on the hit VH1 reality series, Love & Hip Hop: New York. The hip hop vixen has an outgoing personality and is upfront about her cosmetic regime. She recently brought her fans into her plastic surgeon's office to receive her butt injections.

She is very active on Instagram and Twitter, and is quite fond of her perfectly round head which she often has shaved, likening herself to people like Sinead O'Connor and Amber Rose. Nya Lee was a New York City stripper before bringing up the drama on VH1's Love & Hip Hop. She dated rapper Fabolous while he was still with Emily. There were pictures of Nya and Fab in the club that were posted on social media and spread like wildfire. Nya Lee has also dated Meek Mill and Jadakiss. 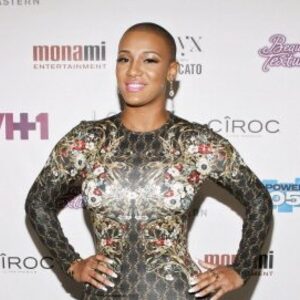